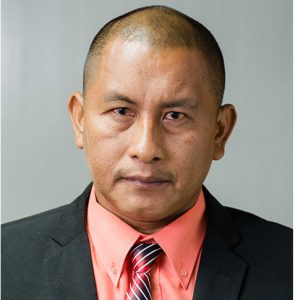 Charlie has not yet appeared before a Magistrate, but he said police have informed him that the Director of Public Prosecutions Chambers have advised that he be charged with sexual assault and attempting to pervert the course of justice.

He could not say when he would be arraigned, but in a statement issued Monday night he accused the coalition-led administration of trumping up a politically-motivated charge against him. “I maintain that I am innocent of these charges and these charges are instituted against me because I was a Member of Parliament and a Central Committee Member of the PPP,” he said.
Charlie said an initial police investigation concluded the matter as being resolved with the virtual complainant retracting the complaint after confessing that he was forced to make that complaint by someone who is a known People’s National Congress activist in the area. “After applying tremendous political pressure upon members of the Guyana Police Force, they have finally succeeded in getting me charged with the criminal offences of sexual assault and attempting to pervert the course of justice,” he said.
He said after a government politician visited the police station with a delegation, a special team of police officers was centrally directed from Eve Leary, Georgetown, and dispatched from Georgetown to “reopen the investigation.”