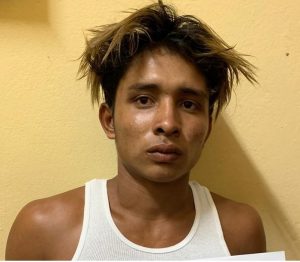 One of two men on Monday pleaded guilty to invading a mining camp and robbing a Brazilian gold miner of GYD$1.1 million in raw gold, cash, phones and other items.

The Guyana Police Force said Titus Valenzuela pleaded guilty to robbery under arms and he was sentenced to 18 months imprisonment. His co-accused, Terrence Bacchus, pleaded not guilty and was remanded to prison until January 9, 2020.

Bacchus’ case has been transferred to the Bartica Magistrates’ Court.

Valenzuela entered a guilty plea when he appeared before Chief Magistrate, Ann McLennan at the Georgetown Magistrates Court.

The prosecution’s case is that they robbed Joao Dsosristinto at Takatu Backdam, Cuyuni River on December 27, 2019.

The police says the bandits were intercepted one day later at the Bartica Ferry Stelling with the items and cash valued GYD$400,000. The law enforcement agency said the men admitted to committing the offence at about 11:30 on Friday night. 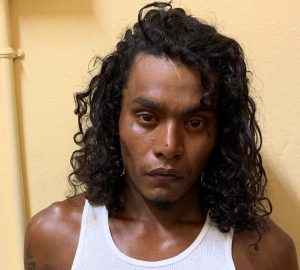 Dsosristinto, 50, of Tuschen Housing Scheme, East Bank Essequibo said that he was asleep at his mining camp at Takatu Backdam, Puruni Road, along with his cook and another worker when he was awakened by two masked men.

Previous: PPP wants second round of house-to-house verification of ‘not-found’ new registrants
Next: PPP prime ministerial candidate may be selected by weekend