Former Jamaica PM: Time for Guyana to change law for small companies to bid for gov’t contracts; no room for corruption 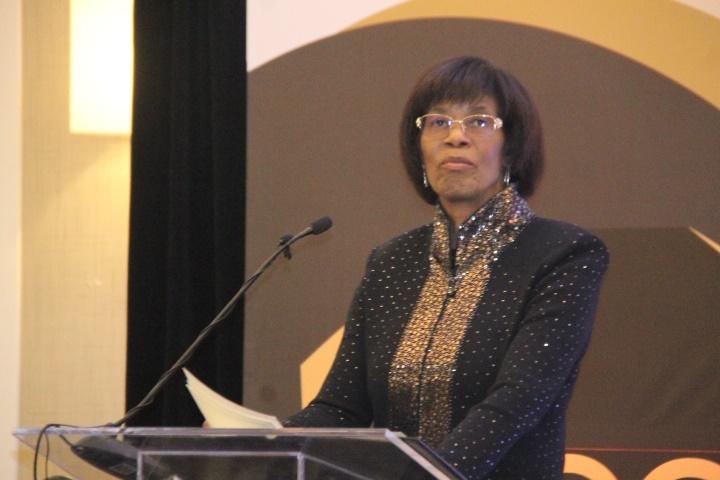 In an address to the Georgetown Chamber of Commerce and Industry’s (GCCI) awards ceremony, Mrs Simpson-Miller said allowing small businesses to participate in the economy and a transparent economic process should do well for Guyana.

“Implementing changes to government’s procurement legislation to enable local companies, in particular small businesses to successfully participate in bidding for government contracts is also another important element. As your economy improves, it is vital that local companies are not disadvantaged in participating and prospering,” she said in clear reference to Guyana’s expected oil boom.

The Guyana government had periodically promised to amend the law to ensure that 20 percent of government contracts are set aside for small contractors. A number of contractors have since complained to News-Talk Radio Guyana/Demerara Waves Online News that the system is stacked against them.

United States envoys and experts as well as Guyana government officials have cautioned against expecting that a large number of direct jobs would be available in the oil sector, but have said there is plenty scope for onshore jobs when the Guyana government begins spending on the development of physical and social infrastructure.

Mrs Simpson-Miller, who served as Jamaica’s Prime Minister from March 2005 to September 2007 and from January 2012 to March 2016, also recommended that Guyana puts in place systems to avoid public corruption. “There is no room for corruption in government and public institutions,” she said while noting that accountability had been a major plank of her government and she recommended that Guyana follows in her footsteps. “I think there are some lessons here that Guyana could learn from our experience in order to ensure that in the coming period of investment and large revenue inflows, your government implements the right mix of economic policy reforms which will create lasting prosperity for the people of Guyana,” she said.

Mrs Simpson-Miller also cited the importance of curbing inflation and ensuring a stable exchange rate which she noted would benefit ordinary people and ensuring predictable pricing decisions by the business community.

Except for protocol services by a junior Ministry of Foreign Affairs official, no government minister was seen at the GCCI’s awards ceremony.

The former Jamaican Prime Minister, who noted that she has retired from public life, paid tribute to the founding fathers of the 15-nation Caribbean Community (CARICOM) including late Guyana President, Forbes Burnham. No mention was made of any current or former opposition People’s Progressive Party (PPP) member.