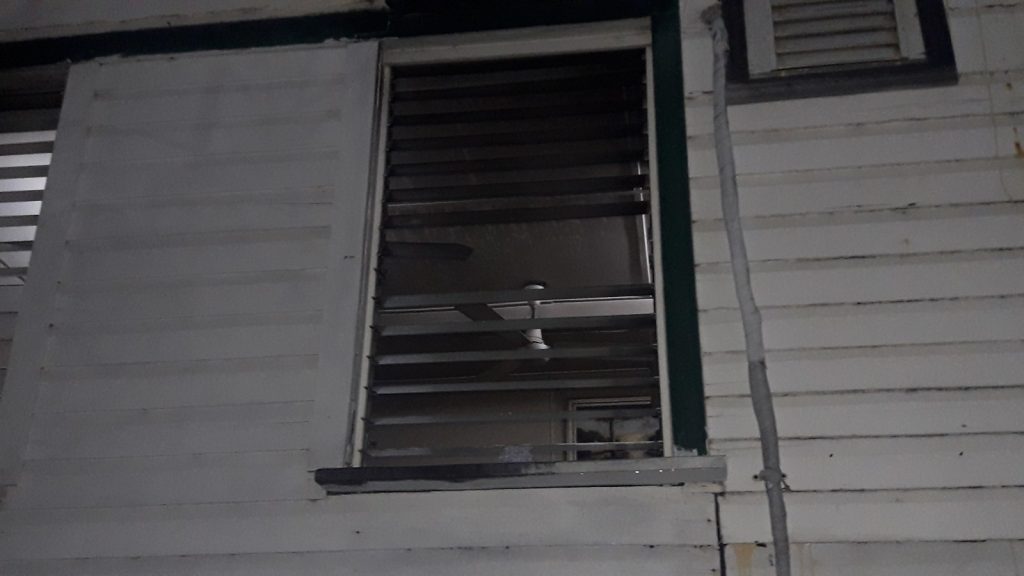 The bottle bomb broke the louvre window and entered an office. There was minimal damage to the floor and wall of the office.

There was a firebomb attack on the headquarters of the Transport and Harbours Department on Battery Road in Kingston, Georgetown, early Friday morning, sources said.

There was only minor damage to a window and areas of a wall and floor.

Firefighters reportedly responded promptly to a call at about 1 a.m. and extinguished the fire at the decades-old wooden colonial building just behind the Umana Yana.

Firefighters broke down a number of office doors to access the location of the fire.

Sources said someone hurled a bottle bomb that shattered a louvre window on the northern side of the building.

Someone was reportedly seen scampering away from the scene on foot.

Although this is reportedly the second attempted attack on the same building in one week, the Guyana Police Force has not beefed up security at that or any other government building.

That is in stark contrast to when government had ordered the deployment of members of the Tactical Services Unit of the Guyana Police Force to all government buildings to secure State property shortly after the May, 2015 general elections.