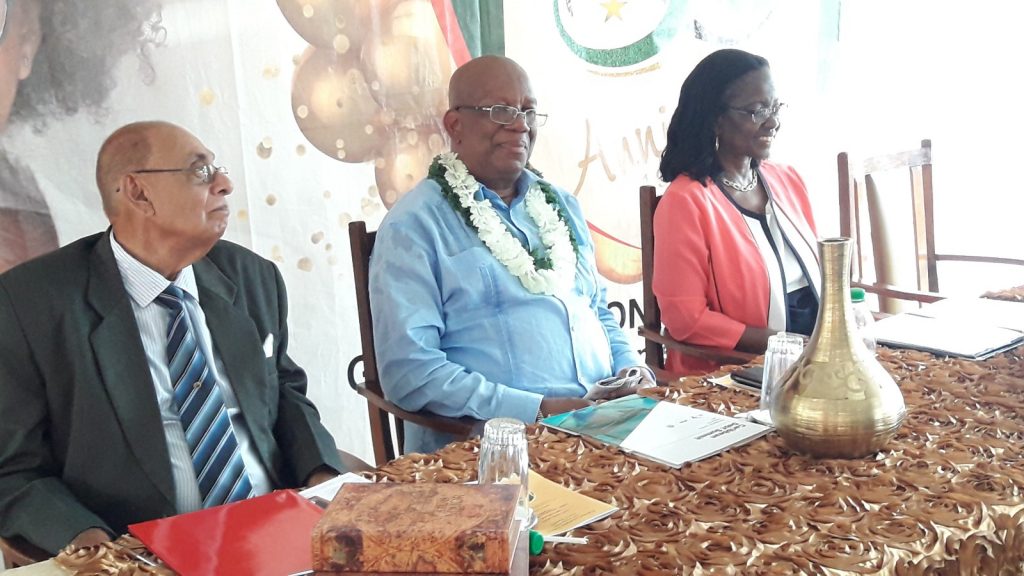 Despite raking in more than GYD$500 million from Guyana’s emerging oil and gas sector, the National Insurance Scheme (NIS) is being encouraged to invest some of its monies on the international stock market as it grapples with paying pensions amid declining contributions.

Chairman of the NIS Board, John Seeram told a 50th anniversary observance at the Brickdam-based headquarters that the state-owned social security agency should consider that option since current investments are yielding little returns on some of its bonds and shares.

“We will need to consider purchasing more attractive bonds and shares which are being traded on the global stock markets, as against renewing the terms of the securities. Going this route, and which is highly recommended, will require approval by the relevant authorities,” said Seeram.

Seeram noted that of NIS’ GYD$34 billion in assets, its investment portfolio comprised GYD$29 billion or 87 percent. The NIS Board Chairman expressed concern that the income return on the investments in 2017 was 3.7 percent and it declined in 2018 to 3.2 percent. Seeram highlighted that there is an unpaid investment income of GYD$810 million at the end of 2018, on accumulated interest on a subordinated loan stock and preference shares due from the Berbice Bridge Company Inc.

“This accumulated interest is presently being addressed with that Company,” he said.

Seeram announced that the NIS Board has approved the hiring of a consultant to address as a major priority that investment to obtain more lucrative returns “due to the significant dollar investments.”

In terms of returns, official figures show that in 2018, the NIS invested GYD$3 billion in the National Industrial and Commercial Investments Limited, government’s holding company for state assets, and during the reporting period an amount of GYD$142 million in interest was received with another GYD$71 million due in November 2019. The interest received was invested in a six-month Treasury Bill at 0.89% rate of interest as well as GYD$941 million in interest and capital from the Government debenture which was set up to repay the Colonial Life Insurance Company (CLICO) for failed investment losses.

Official figures released by the NIS’ board and management show that government and private entities as well as self-employed persons owe GYD$2.3 billion up to August 2019. The Board Chairman says a fully-staffed Debt Management Department has been tasked with collecting arrears.

The Board Chairman indicated that NIS would have to find ways of cutting its expenses to ensure the operations of that GYD$32 billion entity are viable. “Having identified two major income areas, there is the possibility that the deficit can gradually be reduced, eventually be eliminated, and NIS showing positive net income in the very near future. It should be mentioned that the growth rate of its expenditure will also have to be addressed and be controlled for NIS’ operations to be sustainable,” he said.

The NIS General Manager said in terms of collections, Guyana’s emerging oil and gas sector has already seen the social security agency earning GYD$575,034,988 from 3,610 employees in that extractive industry up to August, 2019.

In figures released by Greaves, she said that from January to August, 2019 NIS collected GYD$15.8 billion or 59% of the GYD$26.6 billion budgeted target for 2019. A further GYD$9 billion, she said is projected to be collected between September and December 2019. As a result, the projected revenue is targeted at GYD$24.8 billion.

The NIS, Greaves said, collected GYD$656,417,000 up to August 31, 2019, an indication of “our refreshed focus on improving the quality and volume of our compliance activity.”

The Debt Management Department, the NIS General Manager said, collected GYD$243 million and has so far regularized 867 of the over 3,000 files and compliance campaigns have yielded GYD$543 million. “It is projected that the budgetary target for Collectable Arrears will exceed budgetary allocation by GYD$38 million. 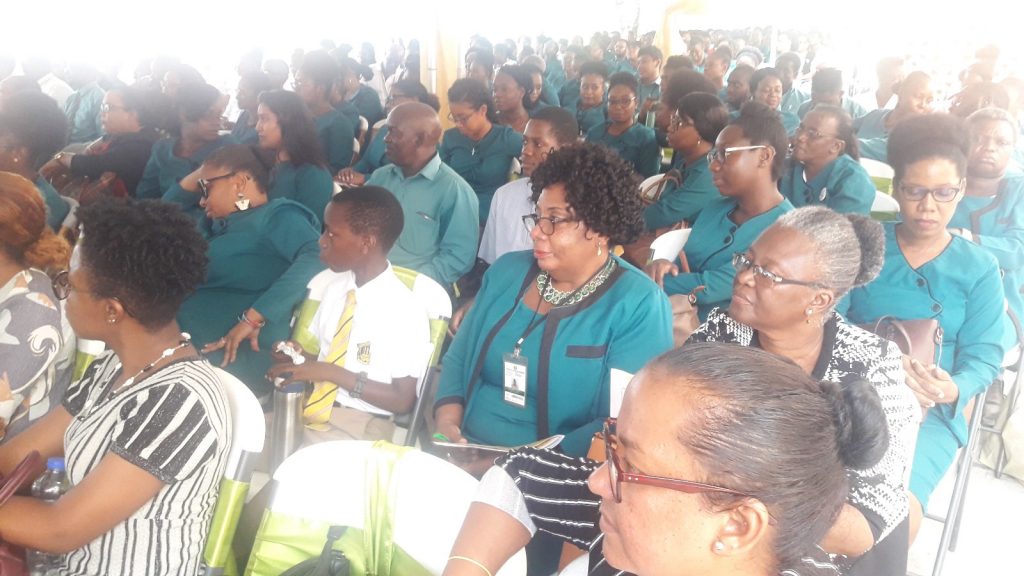 A section of the NIS staff at their 50th anniversary event.

The Scheme has so far earned GYD$7.8 million and a further GYD$3.9 million is projected for the period September to December 2019. “The Scheme is now able to capture details relating to applicants for compliance certificates. The new system also allows for proper audits of compliance activities,” she said.

“The Scheme is presently encouraging pensioners to use the bank lodgement system for the payment of their pensions,” the NIS General Manager added.

The main contributing factor to this expenditure line is the GYD$$391 million already spent on medical care expenses as at August 2019. Of significance is the rising cost to the Scheme for some non-communicable diseases such as hypertension, diabetes, cancer, degenerative heart disease and respiratory infection, she said.

“The number of claims to the Scheme continues to increase. NIS is simultaneously faced with demographic, financial and economic challenges. These challenges facing the Scheme are not significantly different from those confronting similar social security arrangements worldwide. Notwithstanding this, the Scheme continues to make every effort to fulfill its mandate to have all employers meet their obligation to the Fund,” the General Manager added.

Greaves said the NIS this year successfully stepped up its compliance, monitoring and enforcement operations that targeted the inactive or dormant employers “who are still in business but fail to remit contributions to the Scheme”.

“We do encourage all the delinquents to take the opportunity to early, voluntarily regularize their situations,” she added.

The NIS General Manager expressed grave concern that many employers seek to relinquish their responsibilities to those they employ by giving them contracts that instruct that the employees are themselves responsible for the paying of contributions to NIS and also by having some employees collude with them to defraud the Fund.

“This practice must cease,” Greaves said.

However, the Scheme is currently providing coverage to 5,679 active employers, 173,758 active employed persons and 10,734 active self-employed persons. “The decline in the active employed population does not augur well for the future of the Scheme since it is expected that those in the workforce would be able to sustain payments to the pension population. The trend of movement from the structured workforce to an expanding informal workforce that is not complying with NIS regulations seems to be continuing,” she said.

Previous: “APNU is not against cash grants” from oil revenues but more information needed -Granger; WPA ready to negotiate modified proposal
Next: Bank of Guyana probe uncovering reasons for US notes shortage at cambios