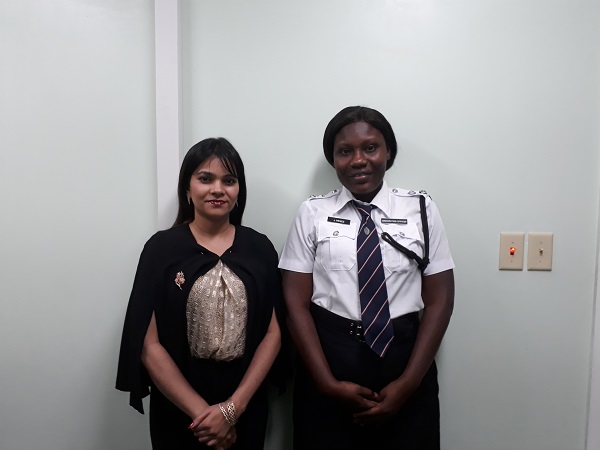 Guyana has joined 32 other Latin American and Caribbean countries in signing on to the creation of an Information Card for Regional Mobility for Venezuelan migrants, the Ministry of the Presidency said Tuesday.

The two Guyanese were among ministries of foreign affairs and immigration officials from several Latin American countries. Also present at the meeting were officials from the International Organization for Migration (IOM) and the Office of the United Nations High Commissioner for Refugees (UNHCR).

The Quito Process focuses on a coordinated regional response to Venezuelan displacement. The regional mobility card is a multilateral initiative of several Latin American countries that aims to harmonize domestic policies in receiving countries.

Prince, on Monday, during a Multi-agency Coordinating Committee Meeting for addressing the influx of Venezuelan migrants into Guyana, held at the Department of Citizenship, explained that the information listed on the card will assist in the effective integration of the migrants into their host countries.

Following the circulation of a sample of what the card is expected to look like, Prince said that the name of the card will be changed from Regional Mobility Card to Regional Information Card.

“Based on the fruitful discussions coming out of the working group, we realised that the card is not meant to be a travel card, it is not meant to replace any visas as it relates to the country’s acceptance of the Venezuelan citizens, but it is an information card,” she said.

Prince pointed out that migrants will have to sign a consent form to allow for the placement of health records and information pertaining to their educational background on the card.

She said that the recording of health records is important because most of the time migrants receive the necessary vaccines in one country.

“If this information is on the card, it means that when they enter another country, we will be eliminating that case of duplication. It means that that person will not have to be vaccinated again in that country because we will know and we will have this card,” she said.

The card will be compatible for background checks of migrants against the EU security system and Interpol.

Prince told the committee that a draft document concerning the card which was circulated at the end of the meeting, is likely to be tabled at an upcoming meeting to be held in Bogotá, Colombia at the end of the year.

Khan added that the inclusion of a tax identification number on the card and a regional agreement to facilitate this were also discussed.

Previous: AFC, APNU in key talks over choosing PM candidate
Next: Russia, Guyana officials to meet on claim of British military base in Essequibo River