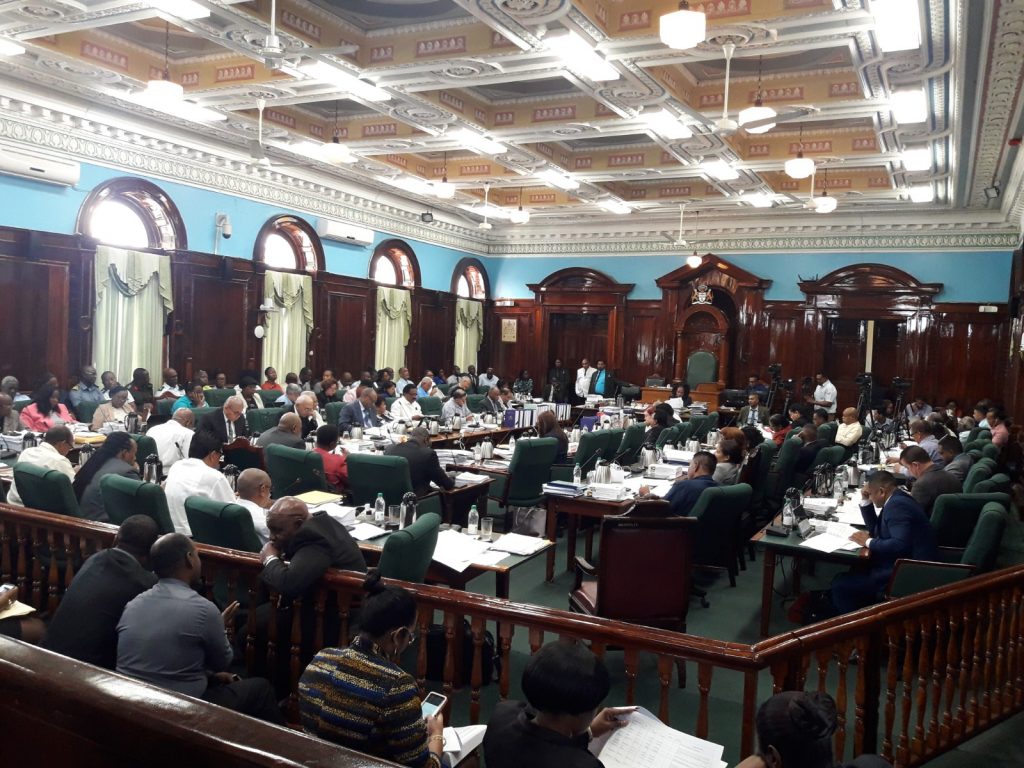 The Alliance For Change (AFC) and the Working People’s Alliance (WPA) were Friday divided on whether overtures should be made to the opposition People’s Progressive Party (PPP) to extend the life of the government now that the Guyana Elections Commission (GECOM) says it will be ready to conduct elections any time after late February, 2020.

AFC Leader, Khemraj Ramjattan cautioned against going to the polls without a parliamentary extension as that could result in a challenge to the elections. “The next constitutional requirement to ensure that the elections 2020 are held without challenge is the requirement to get two-thirds majority of the National Assembly as is required by Article 107.

“We will urge the opposition to ensure formal constitutionality of that elections by giving its support in the Assembly to the extension now needed for the new set date. The opposition must not be seen to be frustrating this necessary parliamentary support,” said Ramjattan, a well-known civil and criminal lawyer.

Ramjattan said while the PPP has in the past ruled out giving support for an extension, he said it is now necessary given GECOM’s stated period of readiness.

AFC Executive Member, Dominic Gaskin reasoned that government could not have sought an open-ended extension from the 65-seat House. “We cannot go to the National Assembly and table a motion to extend the three-month period for an indefinite period of time. Had we asked for an extension up to, let’s say the 31st of December before being advised by GECOM, what would have happened? We would still find ourselves in a bit of a dilemma,” Gaskin said.

The AFC and WPA are members of the governing coalition which includes the People’s National Congress Reform (PNCR)-dominated A Partnership for National Unity (APNU).

Gaskin said the coalition did not approach the PPP for an extension because that party had said “very clearly” that it would not have lent its support for a two-thirds approval by the National Assembly of an extension of the life of the government.

Executive member of the Working People’s Alliance, Professor David Hinds said the government should remain in office until elections instead of “begging” the PPP.

“I don’t think the coalition should go begging the PPP for anything. The CCJ said very clearly that the two parties, along with GECOM, should marry principle with practicality and that was the opening for them to come together. You know, they did that. They came together and successfully named a Chairman for the Elections Commission that is acceptable to both of them but the PPP shut the door to other avenues of consensus and so, therefore, I do not think that the government should go running after the PPP when the PPP has said very clearly that it has absolutely no intention of granting that. In the absence of that, the government goes on,” he said.

Professor Hinds says if he has his way, elections will be held on March 1, 2020. His party admitted that none of the WPA’s ideas has been implemented by the Granger-led administration but that party preferred the coalition to govern the country. “We are dissatisfied with the way they (PNCR) behaved under that but, as I said, we have seen some light,” he said.

President David Granger did not hold a much-anticipated Cabinet meeting on Thursday to discuss the letter from the GECOM Chairman, Retired Justice Claudette Singh, setting out the timeframe within which her agency would be ready to conduct general elections.

Earlier than previously constitutionally due general elections were expected following the successful passage of the no-confidence motion last year December. Elections should have been held the latest by March 21, 2019 – within three months of the passage of the motion.

The opposition has repeatedly accused elements in GECOM and the coalition of deliberately prolonging itself in government under the guise of the electoral management agency being am independent body and must be allowed to do its work and determine when it is ready to conduct elections.