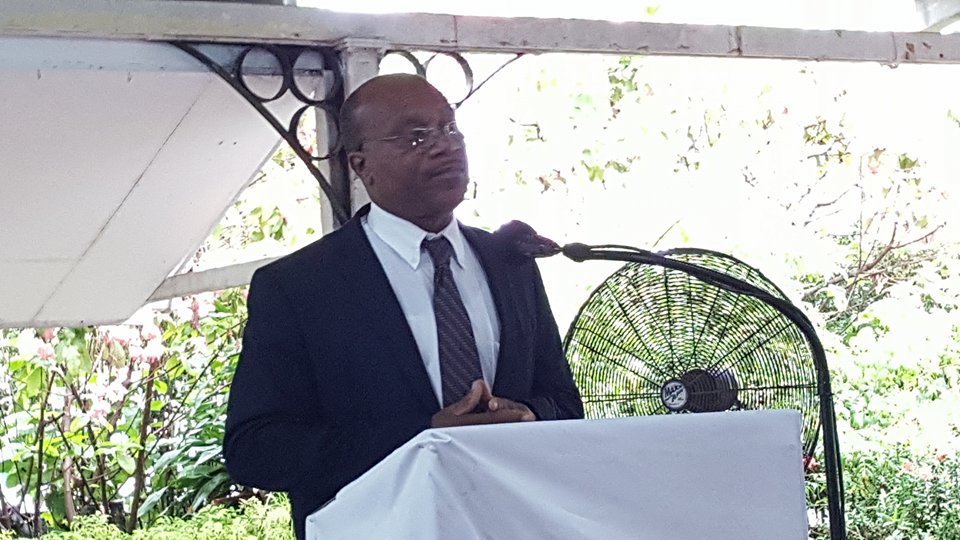 The Deputy Director of the State Asset Recovery Agency (SARA) Aubrey Heath-Retemyer participated in a meeting with foreigners in his “personal capacity”, Director-General of the Ministry of the Presidency, Joseph Harmon said Friday.

Harmon said Heath-Retemyer is not associated with the Ministry of the Presidency’s Department of Citizenship and Immigration, although he participated in the meeting with the foreigners and Minister of Citizenship and Immigration, Winston Felix at the Critchlow Labour College. “You don’t have to be working in a government ministry to be in a meeting. We have had all these meetings, the outreaches that you see, there are members of the public, people with interest in these issues which the government has to deal with that you will find them there,” he said when asked why the SARA official would be in a meeting with Haitians and an African country.

At the same time, the Director-General sought to justify the SARA official’s participation in the meeting, saying that Retemeyer had organised the discussion on behalf of the foreigners. “He in fact said he helped to mobilise those persons who were affected,” Harmon said, adding that was done “in his private capacity as a citizen of this country”.

The pro-opposition MTV Channel 65 News Update first reported on the meeting, triggering a sharp response by the SARA Deputy Chief.

The meeting by Heath-Retemeyer and Felix with the foreigners is expected to further fuel fears by the opposition People’s Progressive Party (PPP) that government was trading citizenship in exchange for being placed on the voters’ list to vote for the governing coalition.

But already Heath-Retemyer denied that any promises were made to the Africans and Haitians. ““Let me be pellucidly clear: no promise was made to anyone for votes or any other purpose. It was simply a question-and-answer session,” he was quoted as saying in the government-controlled Chronicle.