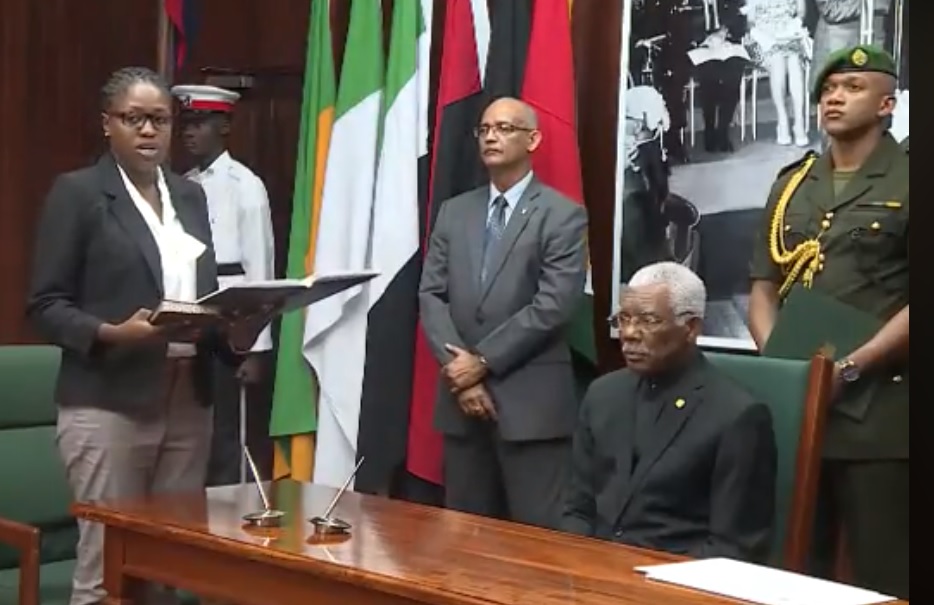 The three officers of the Ministry of the Presidency’s Department of the Public Service who were fired in June of this year by Public Service Minister Tabita Sarabo-Halley, have been reinstated following a board of inquiry.

“The board found that the letters to the three public servants were unlawful and having regard to its observations and findings, recommended that the letters of the termination be immediately withdrawn,” Director-General of the Ministry of the Presidency, Joseph Harmon said.

They – Ram, Mrs Geer-Williams and Andre Dazzell – were informed by letter on July 25, 2019 of their reinstatement.

He said the trio were expected to be “restored” to their respective positions of employment “and will continue to enjoy all benefits and allowances they previously enjoyed prior to the termination of their services.

The Director-General stopped short of suggesting that Public Service Minister Sarabo-Halley was chided for sacking the public servants. “The minister has been advised of the need for due process and the rules of the public service with respect to employment, discipline and dismissal of public servants”.

Harmon said any disciplinary action should have been done by a Permanent Secretary of the Ministry who has since been appointed on August 1, 2019.

The Board of Inquiry was conducted by Lance Carberry, a former executive member of the People’s National Congress Reform (PNCR), and his recommendations were sent to President David Granger.

The officials were dismissed at a time when there had been concerns that former Culture Minister, Dr. Frank Anthony’s daughter  would no longer be required to serve Guyana after obtaining a scholarship to study medicine overseas.

Harmon had said that was one of the matters that had been expected to form part of the investigation.

Tagged with: Board of Inquiry Department of the Public Service employees' dismissal letters of reinstatement Public Service Minister Tabita Sarabo-Halley

Previous: Gov’t takes aim at Roger Khan ahead of his return
Next: President to meet GECOM on Thursday ahead of “imminent” election date