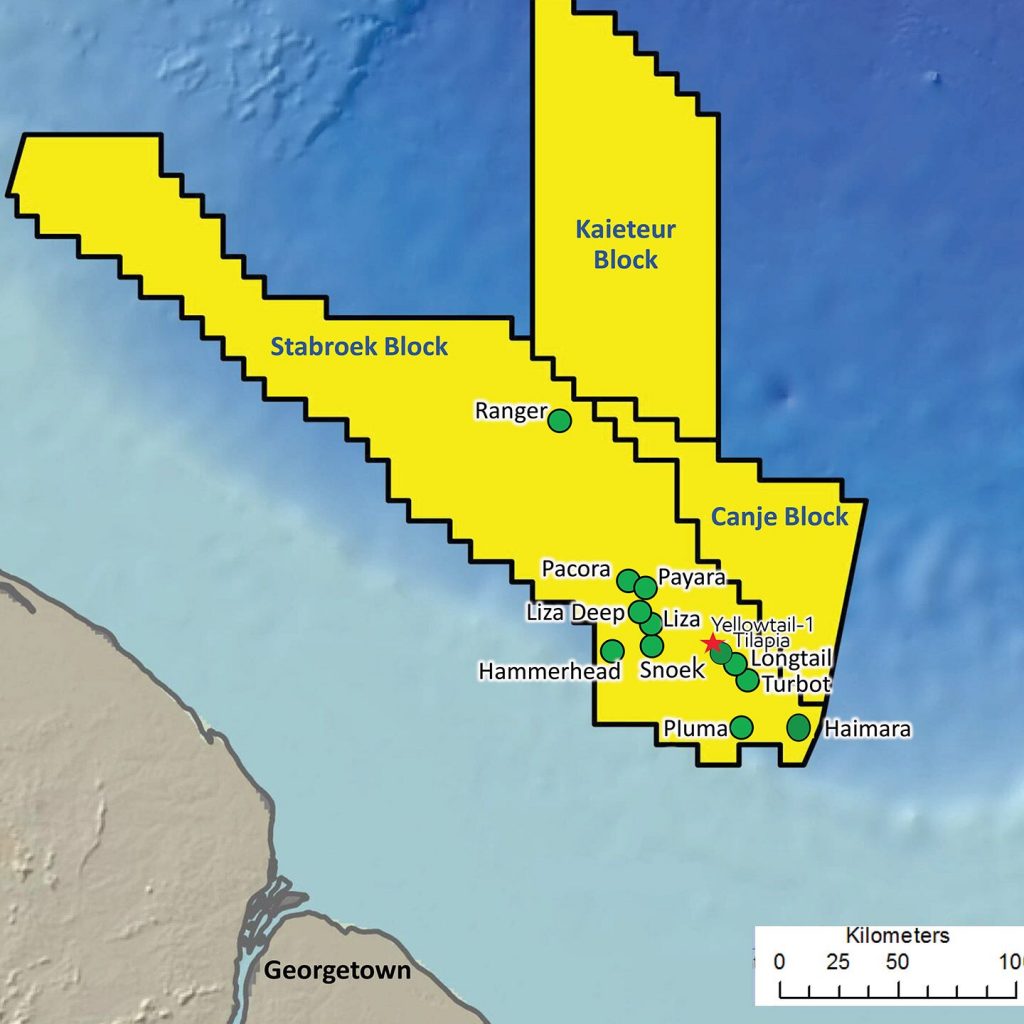 “In Guyana, we have just increased the estimate of gross discovered recoverable resources for the Stabroek Block to more than 6 billion barrels of oil equivalent and continue to see multi-billion barrels of additional exploration potential,” Chief Executive Officer John Hess said.

A barrel of oil equivalent is essentially the amount of energy that is equivalent to the energy found in a barrel of crude oil.

But Hess said as a result of this year’s discoveries and further evaluation of previous discoveries, estimated gross discovered recoverable resources on the block have been increased to more than 6 billion BOE.

ExxonMobil, the major partner in Esso Exploration and Production Guyana Limited, expects to begin commercial oil production from Liza Phase 1 in early 2020, though some industry sources have said pumping could begin in the last quarter of 2019.

The floating production storage and offloading (FPSO) vessel, Liza Destiny, alongside which oil tankers would moor to collect oil purchases, has left Singapore and is expected to arrive in Guyanese waters in September. Liza Destiny has the capacity to produce 120,000 barrels of oil per day.

The Stabroek Block, ExxonMobil says, has the potential for at least five FPSOs producing more than 750,000 gross barrels of oil per day by 2025.