House lot applicants have to wait another year -Ferguson 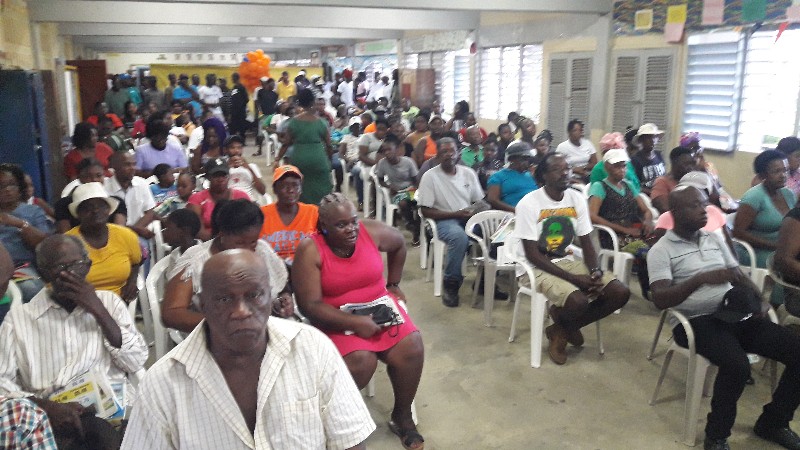 East Coast Demerara residents would have to wait until another 18 months to receive house lots, as the Central Housing and Planning Authority (CHPA) continues to grapple with a backlog of more than 40,000 applications, Junior Housing Minister Annette Ferguson said Wednesday.

Addressing a government outreach at Golden Grove, East Coast Demerara, Ferguson told residents that when the lands are acquired by the CH&PA the necessary infrastructure would have to be put in place before house lots are allocated. She made it clear that residents would have to wait more than one year from now to be allocated plots of land to construct their own houses.

“Once those lands are made available to us, I cannot guarantee you that by tomorrow you will get a land or a plot. What has happen is that we have to develop the lands. We have to ensure that the basic infrastructure such as roads, electricity, water are in the various housing development areas so it will take your government in excess of twelve to eighteen months to have house lots readily available,” said Ferguson, the former Junior Minister of Public Infrastructure.

The Ministry of Communities, she said, has to await the provision of land from the Guyana Sugar Corporation, Neighbourhood Democratic Councils and the Guyana Lands and Surveys Commission.

Ferguson said when the David Granger-led coalition entered office in 2015, it was greeted by a “huge backlog” of pending and processing applications for house lots that were not available.

Touching on the need for street lights, she said if there was left over money a few would be installed in a number of streets.

Several residents complained to the outreach team under the leadership of Prime Minister Moses Nagamootoo and Public Health Minister Volda Lawrence that they had applied for house lots several years ago as far back as twenty years but are still on the waiting list. “I want to assure you applicants, those of you who would have applied in excess of twenty years that your applications will be addressed. Just hold, stand with your government and rest assured that we will deliver based on our promises,” she said.

Among the residents who lamented about the prolonged wait for a house lot is Derron Lord whose application was submitted since 2003. He recalled being regaled with promises at a housing drive at Perseverance, East Bank Demerara, and the Ministry of Communities. “They are still saying something will be available shortly. I went to Housing early up in June month which is last month and am still hearing that something will be available soon,” he said.

Retiree Yvonne Bristol-Morrison complained that her house lot application has been languishing since the 1970s. “Every time I go, all I am hearing ‘we’ll get to that area; nothing is there, nothing there’ and Minister, I’m asking you please, let’s see what can be done for this woman,” she said.

The government team also heard concerns about joblessness among youths.