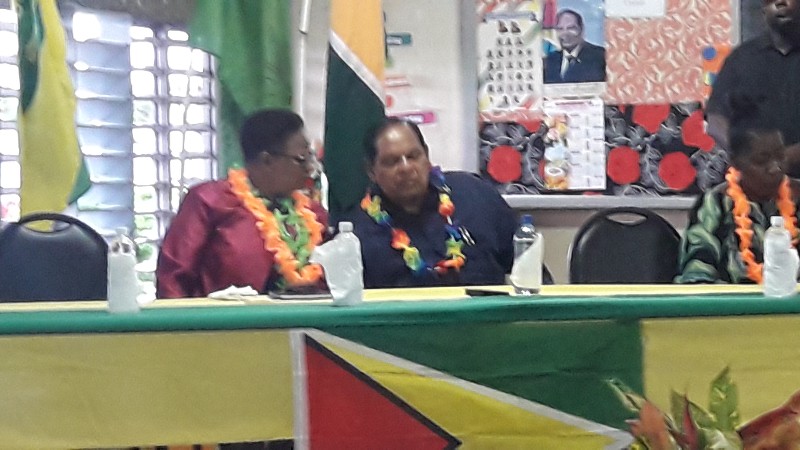 Even as the Twelve Tribes of Israel Rastafarian group urged government not to legalise marijuana, the Guyana government announced that a drug treatment court would be established and would work closely with three government ministries.

Prime Minister Moses Nagamootoo in making the announcement at a government outreach at Golden Grove, East Coast Demerara, said government demonstrated political will to remove prison terms for possession of 30 grammes or less of marijuana although the offence would be still punishable by fines and community service.

“Because you could be fined, do community service, there would be a court set up shortly. It will be called the Drug Treatment Court where you would be sent for various remedial action but you are not going to be placed for three years compulsorily, mandatory into a prison cell and languish your young lives behind bars,” he said.

The planned abolition of jail terms for possession of 30 grammes or less of marijuana does not mean that possession would no longer be a criminal offence. By implication, it appears that those with more than 30 grammes would still be jailed.

Public Health Minister Volda Lawrence told the meeting Wednesday afternoon that the drug court would benefit from collaboration among the Ministries of Public Security, Health and Social Protection. She said the aim is not to imprison drug addicts “because that will not help them” but “instead send them further down the drain”. 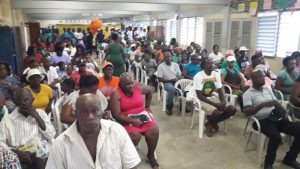 She outlined that the Ministry of Public Health would be conducting drug tests at the court as well as psycho-social analysis as part of steps to compile a report to advise the magistrate on the type of sentence to be imposed. Options could include institutional assistance, external sentencing during which they would get medical assistance or helping them to cope with domestic problems.

“The whole intent is to treat with these persons from a humanitarian ground rather than criminalising them. We want to make them productive citizens, that is what we are planning to do,” said Lawrence who is also Chairwoman of the People’s National Congress Reform (PNCR), the largest party in the governing coalition.

The Twelve Tribes of Israel Rastafarian group, which has been in Guyana for the past 34 years, is opposed to legalisation of marijuana at this time. “We, as Rastafari and Rasta, we don’t want see no ganja legalise now. We are in no condition for that now. We have no land…Who is going to plant rice when ganja is selling for so much money?” said Percy Bristol.

If government gets involved in exporting marijuana to the United States or Canada, he said the Rasta community would like permission to sell 5,000 metric tonnes.