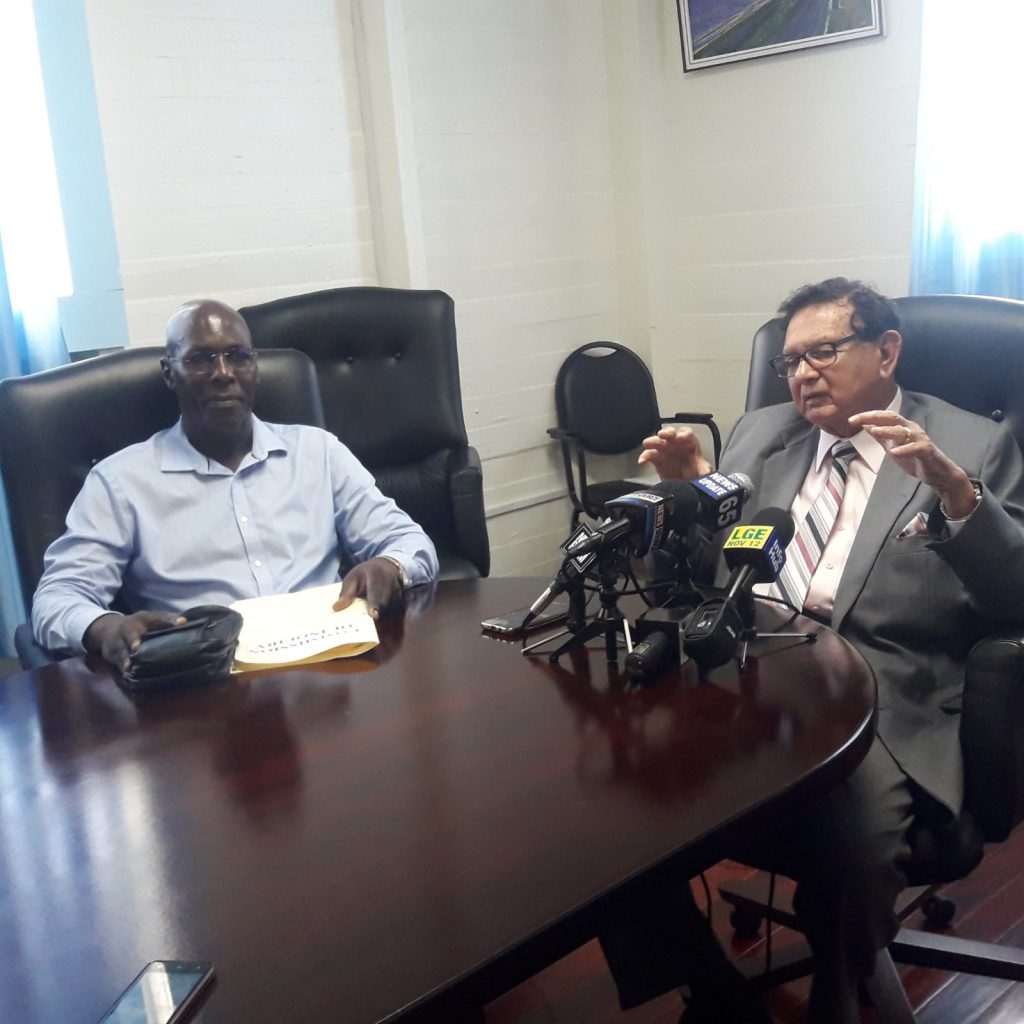 Retired Chancellor of the Judiciary, Justice Cecil Kennard is demanding an additional GYD$1.2 million for the extended Commission of Inquiry into the affairs of the Georgetown City administration, but he will have to wait until later this year, Deputy Chairman of the Local Government Commission (LGC), Andrew Garnett said Monday.

Kennard has already been paid GYD$1.2 million for the initial contract period that began last September, but he has since asked for another GYD$1.2 million after the probe was extended to November 30, 2018. Demerara Waves Online News understands that Kennard turned down a counter-offer of GYD$700,000 and the LGC eventually gave into his demand for the GYD$1.2 million.

Garnett, without going into details of the negotiations, said Kennard would have to wait until later this year for his additional payment because the LGC does not have the money now. “I think it might be safe to say that the Commission agreed on an amount but we have to find that amount so we had submit that amount…However, our supplementary was not granted,” he said.

The LGC Deputy Chairman said government recently turned down its request for additional monies for this year, saying that such a request would have to be made closer to the period when existing funds are about to be exhausted for the fiscal year.

“As we speak, I don’t even think they have money to survive to the end of the year. They have to go for a supplementary which they have tried to and they have (been) denied the supplementary,” another source said.

Sources said the Commission of Inquiry cost the LGC less than GYD$5 million in a timeframe, while another GYD$124 million has been set aside for implementation of the recommendations by the Ministry of Communities.