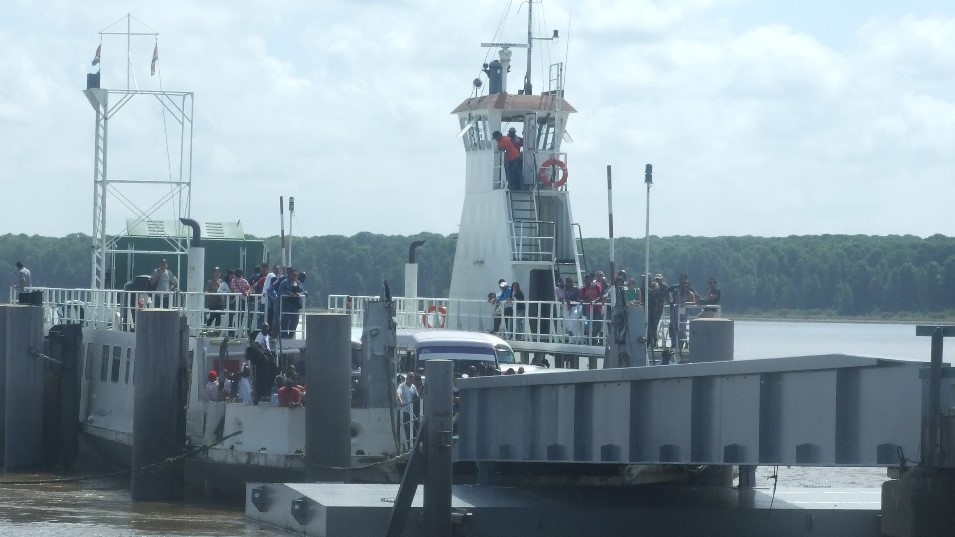 The Guyana-Suriname ferry service was Monday suspended until further notice due to technical problems with the MV Canawaima, government here said.

No date has been fixed for the vessel to resume operations across the Corentyne River from Moleson Creek in Guyana to South Drain (Zuiddrain) in western Suriname.

The Guyana government’s Department of Public Information quoted Terminal Manager Gale Culley-Greene as saying that the “Canawaima Ferry has been experiencing mechanical difficulties for some time and a decision was taken to have the vessel assessed and repaired.”

Culley-Greene said if the Canawaima Ferry is docked, a replacement vessel would be sourced. “The matter is engaging the attention of both Guyanese and Surinamese authorities,” she reportedly said.

The ferry service was funded by the European Union through a joint project between Guyana and Suriname. The MV Canawaima roll-on/roll-off ferry, which was built at a cost of US$20 million, began operations in 1998, but in recent years has been ailing.

Previous: West Demerara mine worker drowns in Puruni River
Next: Guyana Gold Board clears air on dealer licence granted to man held with 30 pounds of gold