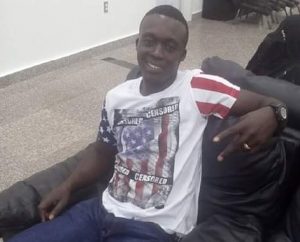 A 28-year old man lost his life in Region 8 (Potaro-Siparuni) while he was working at a private gold mining operation on the Puruni River, his mother said.

Dead is Yannick Cornelius Janniere of 95 Stewartville, West Coast Demerara. His partly decomposed body was recovered from the Puruni River on Thursday two days after he disappeared.

His mother, Harriet Simmons, told Demerara Waves Online News that she was told that her son lost his life after he plunged overboard. “They were moving from one place to another and a pontoon became detached from a boat that was pulling it and he jumped to tie it back but he never came up back,” Simmons said.

The woman said Janniere was working on a gold mining concession owned by the Matthis family. She said representatives of the entity with which her son worked are expected to meet with her on Saturday.

Janniere was a husband and father of two. He was a former student of Stewartville Primary School and Uitvlugt Secondary School.

Up to late Friday night, the Guyana Police Force did not issue a statement.