UG Vice Chancellor sent on leave; to be paid GYD$1.1m for 12 days on the job 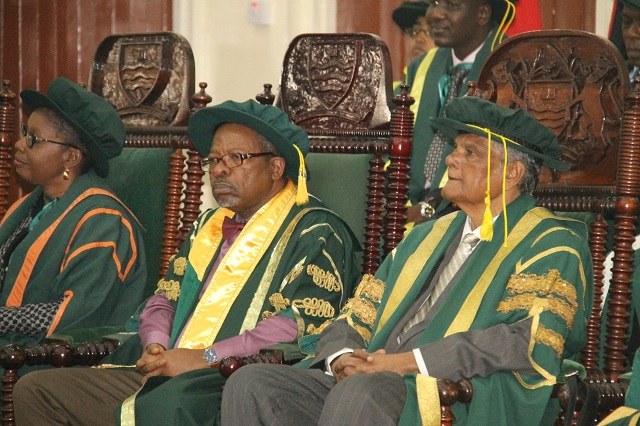 The University of Guyana’s (UG) governing body, the UG Council has ordered Vice Chancellor, Professor Ivelaw Griffith to proceed on his end-of-contract leave, against his wishes as he had preferred to remain on the job, sources disclosed.

Griffith’s desire to remain as Vice Chancellor comes at a time when the Auditor General is preparing to conduct an audit of the publicly-funded tertiary institution’s finances. The trade unions have been complaining bitterly about exorbitant spending by Griffith and his highly-paid executive management as well as overseas-based Guyanese academics, even as lecturers and other staff are starved of stationery and cleansing supplies.

The sources said Professor Griffith would walk away with approximately GYD$1.1 million for the 12 days leave during which he worked.

With another Council meeting scheduled for June 7, sources said there are already plans to ask the Council to allow Professor Griffith to continue as Vice Chancellor without a contract.

Professor Griffith reportedly has the backing of at least seven Council members including government representatives. Less than one week ago, the UG Workers’ Union and the UG Students’ Society threatened the Guyana Trades Union Congress (GTUC) to ask that it recall its representative, Ivor English, from the Council because he allegedly has a history of voting with UG’s administration.

The unions have repeatedly called for Professor Griffith to be let go and for a general overhaul of the university administration in keeping with its ability to pay attractive salaries and purchase much needed supplies.