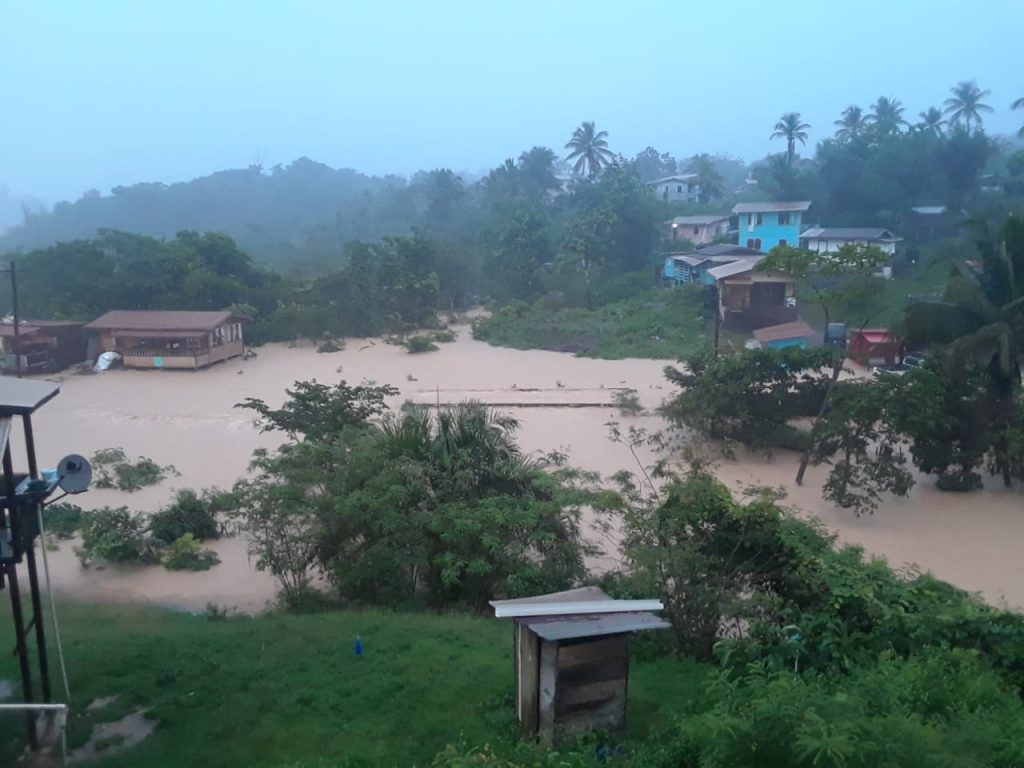 Director-General of the CDC, Colonel Kester Craig said cleaning supplies were being rushed to the gold mining-dependent town as the water level has dropped.

While the CDC had contemplated opening shelters for residents living in 25 homes, Craig said only one household would need temporary accommodation.

He said there were no reports of death or injury.

A resident and businesswoman of Mahdia told Demerara Waves Online News that an elderly man, who lived alone, was rescued by residents and rushed to the Mahdia Hospital. He was not injured, but complained of cramps. “The water was actually half way in the house. I think his feet were in the water for a long time because when they went and got him, his feet was filled with mud,” she said. 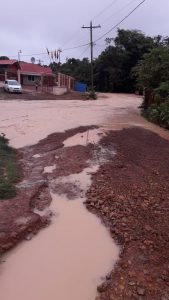 A section of the damaged Mahdia Main Road.

The woman said the Mahdia Main Road was severely damaged and a number of businesses and residents in the flat lands of Mahdia were now counting their losses in the aftermath of what is regarded as the biggest floods in Mahdia in about 30 years. “Everybody in the flats have been affected and the road was damaged; that is one of the main roads entering Mahdia and also leading to the airstrip,” she said,

A damage assessment team was Friday afternoon expected to be deployed to the town.

The CDC Director-General, meanwhile, said there were also reports of flooding at Sand Creek and Aishalton villages in Rupununi, Upper Takutu-Upper Esequibo (Region 9).