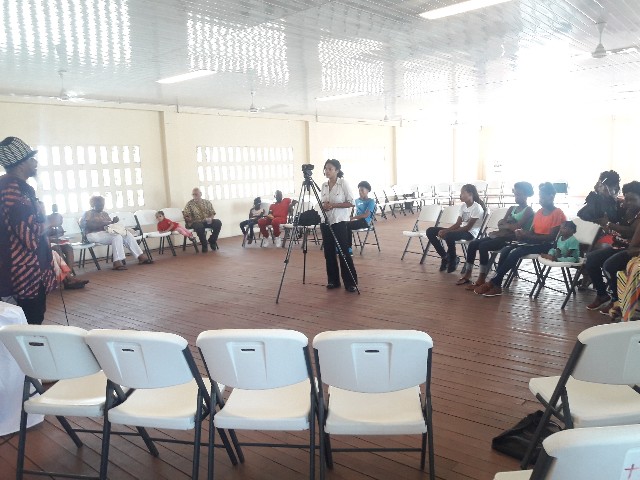 The low turnout at the IPADA-G Youth Forum with Professor Kimani Nehusi.

Internationally renowned Guyanese historian, Professor Kimani Nehusi on Sunday called for African-Guyanese organisations to unite, and he singled out the need for that racial group to have a sense of identity if they are to lobby the State to redistribute lands and spend some of the oil revenues on addressing the horrendous impacts of slavery.

Speaking at an interactive session at a poorly attended youth forum held at the Guyana Industrial Training Centre (GITC), Nehusi said the State should “look after the interest of every single section of the population” regardless of whether they are supporters of the government of the day. At the same time, he recommended that special attention be given to African-Guyanese because they have suffered the most and the longest in Guyana.

Professor Nehusi rooted his call in the position that African-Guyanese played the most important role of developing Guyana as a habitable place since they were brought here as enslaved people from the African continent. “We humanised this land and we have not received our full benefits from the work we have done to build Guyana. We have not been compensated for our suffering,” he said.

Well-respected across North America, Europe and Africa for his works, Nehusi made it clear that he was not advocating discrimination against any other section of Guyana’s population. “We are not advocating that the interest of any section or any other section of Guyanese be injured. This is not what we are saying, but what we are saying is that (the) State must redress the interest of African-Guyanese because we have suffered and we are continuing to suffer because we are Africans in Guyana, whether or not we recognise it, whether or not we know about it,” he said. 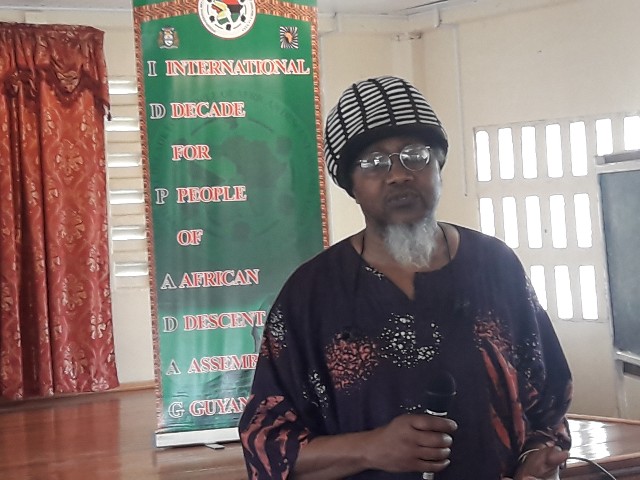 Reparations, he contended, was not only about payment for injuries that African-Guyanese sustained, but also about empowerment to address “the ignorance among us”, an effort he said that could be partly funded by oil revenues. “The arrival of substantial monies in the coffers of the government of Guyana is an occasion from which the government of Guyana will be more able to have those policies, those programmes and those projects to begin redressing some of the interests of Guyanese people,” he said.

The adverse impacts of enslavement, he said, included cultural erosion, rape, induced promiscuity, sale of lands to freed slaves at exorbitant rates to import East Indians to work on sugar plantations, destruction of entrepreneurial activities and discrimination in rates of interest for loans.

Government has been silent on the outcome and recommendation of a Presidential Commission of Inquiry into ancestral lands.

Professor Nehusi stopped short of expressing concern about an apparent lack of disunity among a number of African-Guyanese organisations, despite the fact that they have all suffered during the period of enslavement and post-independence. “I can’t tell any group of people like the different organisations in Guyana how they must come together. I can only say that it’s in the common interest of people who are the same people, people who have had the same historical experiences and who have the same interest to get together,” he said. He noted that one of the legacies of colonialism is the “mental sickness” of individualism, with some of us having “over-sized egos”.