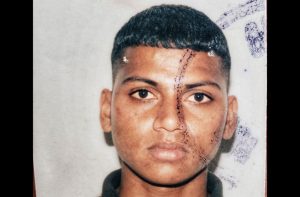 A woman is suing the State for more than GYD$50 million for the alleged unlawful death of her brother while he was in police custody earlier this year.

Days after the High Court declared  Shivani Sawak the legal administrator of the estate of Kallicharran Sawak, she sued the State for the multi-million dollar compensation package for the death of her 39-year old brother on January 28, 2019.

Shivani noted that her brother was the father of a 16-year old child who had depended on him for maintenance and upkeep.

The drunken man was arrested by police on January 16 after his sister and mother had reported that he had abused his mother and taken to the Beterverwagting Police Station.

In court documents seen by Demerara Waves Online News, Shivani said although she and her mother had taken meals to the Sparendaam Police Station, they never saw Kallicharran. “At the time that the deceased was arrested and taken into Police custody, he was healthy and bore no injuries or marks of violence anywhere about his anatomy,” Shivani said.

He had been due to appear before a Sparendaam Magistrate, but never did so and the woman said she was eventually informed by police that her brother had a mental problem and he had been placed in a cell by himself. “The Claimant immediately explained to the Officer that as far as she was aware, the deceased had no mental problem nor a history of any mental disorder, whatsoever,” she said in the court papers drafted by her Attorney-at-law Anil Nandlall.

The respondent is the Attorney General of Guyana.

Further, the woman said she was informed that Kallicharran was admitted a patient at the Georgetown Public Hospital where she and her mother subsequently went and saw him badly injured and hooked up to a life support machine. “The claimant observed that the deceased was bleeding through his eyes, ears, mouth and nose; his face was swollen and his body was covered with stab wounds across his back, knees and hands; his hands and feet were also swollen” she said.

The woman said she spent a total of GYD$696,048 on medical and all funeral-related expenses.