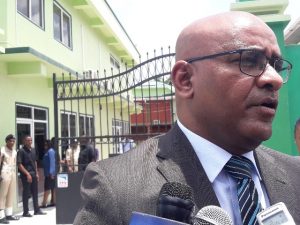 The opposition People’s Progressive Party (PPP) on Sunday announced that it would be boycotting parliamentary sittings until the Caribbean Court of Justice (CCJ) rules on whether the no-confidence motion was validly passed by Guyana’s National Assembly.

“The General Secretary of the PPP wishes to place on record that the People’ s Progressive Party Civic (PPP/C ) will not attend any sitting of the National Assembly, while the Appeal in the no-confidence motion is pending at the Caribbean Court of Justice,” the PPP said on its Facebook page.

The appeal could be filed this week, lawyers said.

This effectively means that the PPP will not be in the House to replace its dual citizens after the Guyana Court of Appeal upheld the High Court’s decision that it would be unconstitutional for dual citizens to be candidates or parliamentarians. The courts had gone on to say that those parliamentarians’ legality could only be challenged by an elections petition but the deadline for doing so had expired in 2015.

Opposition Chief Whip Gail Teixeira only last week publicly stated that she was prepared to resign from the House and that she would renounce her Canadian citizenship.

Then acting President, Carl Greenidge last Friday night said Parliament was restored after the Court of Appeal invalidated the no-confidence motion on the sole point that its passage required an absolute majority consisting of 34 votes instead of the 33. “Arrangements will be made for Parliament to meet and to conduct its business unhindered,” Greenidge has said. The High Court had ruled that the motion had been validly passed on December 21, 2018 after then government parliamentarian Charrandass Persaud had voted with the Opposition.

Through their lawyers, Opposition Leader and PPP General Secretary Bharrat Jagdeo, and political commentator Christopher Ram convinced the Court of Appeal that the President and Cabinet automatically resign after a no-confidence motion, elections must be held in 90 days, the President and government remain in office as a caretaker administration until those elections are held, Persaud’s vote was constitutionally saved although he is a Canadian citizen, and that he remained a parliamentarian although he had failed to inform the House Speaker of his decision not to support the list of candidates from which he was drawn to be a parliamentarian.