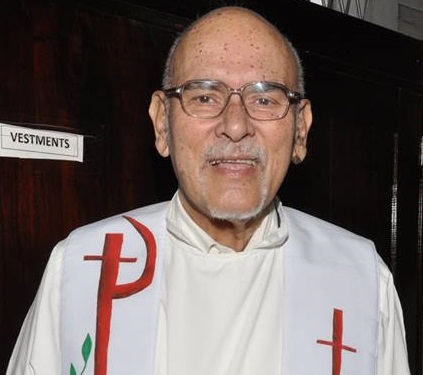 The Roman Catholic community in Guyana was Thursday plunged into mourning with the passing of one of its well-known priests, Father Keith Hardless.

He had been in and out of hospital in recent months due to heart problems.

Up to the time of his passing, Father Hardless was an assistant priest at Sacred Heart, Our Lady of Fatima and the Cathedral of the Immaculate Conception.

“(I remember him best) as a servant. Even unto his death, always faithful and serving,” Father Philadelphia said.

The funeral of the late Father Hardless is expected to be held next week when his relatives are expected from overseas.

Father Hardless was born in the United Kingdom and became a naturalised Guyanese.

Previous: Lawyer asks Court of Appeal to step in and set election date timeframe
Next: Jagdeo, US President Carter in talks on Guyana’s political situation; Jagdeo says no double-standard on international help