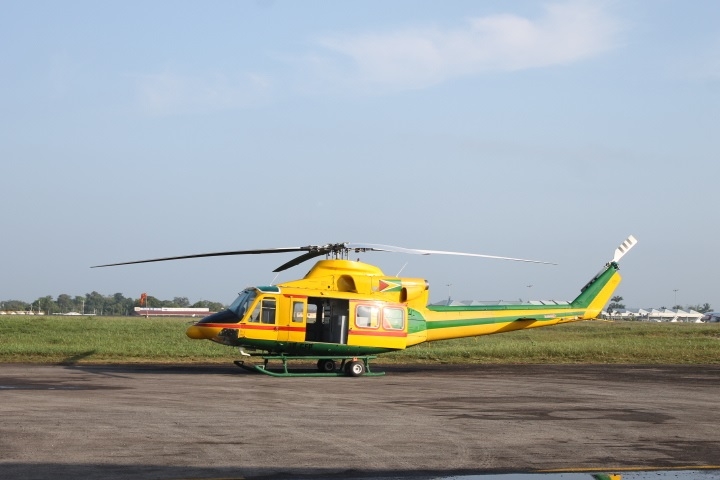 The Guyana government is being asked to fund the purchase of a heavy-lift helicopter to assist in search and rescue (SAR) operations, but meanwhile hopes that ExxonMobil’s helicopter service provider will be able to provide emergency assistance, a top official of the Guyana Civil Aviation Authority (GCAA) said Tuesday.

GCAA Director-General, Egbert Field said a stakeholder group, which includes his regulatory agency, has recommended the acquisition of a helicopter that is capable of assisting in the extraction of persons injured in aircraft accidents. “Right now, we are at a point where the search and rescue (stakeholder group) is now appealing to government to assist with the acquisition of may be a heavy-lift helicopter when it comes to rescue of any injured individual or any plane crash or incident in the interior,” he said.

He said while that request is being considered, a decision has been taken to ask Bristow Group, which provides helicopter support for ExxonMobil’s offshore operations, and the oil company to assist Guyana in case of a plane crash in the interior.

Field conceded that Bristow’s existing paperwork permits its personnel to conduct search and rescue at sea, but he was unaware of steps being taken for their pilots to be trained in such operations over land. “Their paperwork does not allow them to do search and rescue because they are trained in maritime search and rescue but I was told that they have been doing some training in jungle rescue, thus I’ll be approaching them shortly through the Minister to see if an MOU (memorandum of understanding) or any arrangement can be set up with the entity to assist in search and rescue,” he said.

The Guyana Defence Force’s lone heavy-lift Bell 412 helicopter that had been purchased in 1981 was several years ago rendered unserviceable. Two Bell 206 helicopters that were purchased in 2008, according to experts, were unsuitable for search and rescue operations over Guyana’s thick jungle.

On a number of occasions, several hours have been lost from the time an aircraft has crashed because rescuers have had to trek rough terrain and thick jungle to and from crash sites.

Last year, government had said that acquiring a helicopter for search and rescue had not been on its list of priorities. Instead, it opted to buy two Britten-Norman Islander and two Skyvan planes.