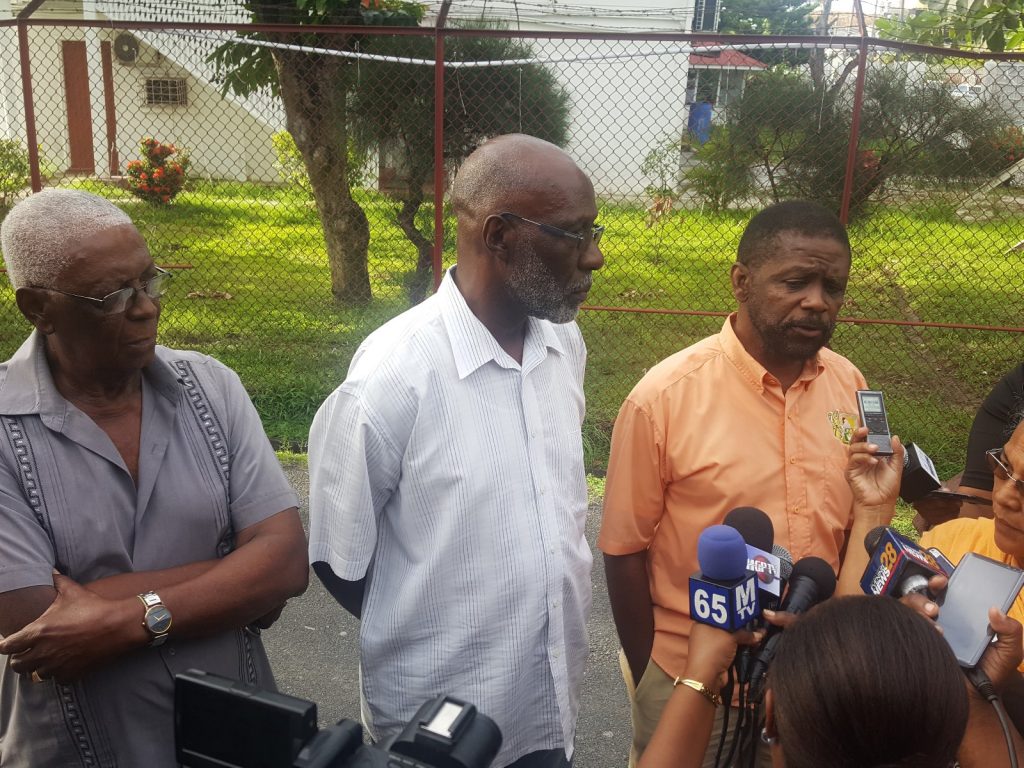 Opposition Leader Bharrat Jagdeo’s plan to wrest general elections within the next 56 days from President David Granger is already being regarded as impractical even if there was an acceptable voters’ list, the ruling coalition-backed elections commissioners said Tuesday.

However, opposition People’s Progressive Party (PPP) elections commissioner Robeson Benn still has his eyes set on general elections within the constitutionally-mandated 90-day time frame after the no-confidence motion was approved on December 21, 2018.

Opposition Leader Bharrat Jagdeo on Tuesday dispatched a letter to Minister of State, Joseph Harmon laying down several conditions for meeting with President David Granger on Wednesday, the chief one being setting an election date before the expiration of the voters’ list on April 30.

“I, therefore, am proposing that the meeting focus exclusively on the date for these elections. Further, I believe that my proposal to hold general and regional elections before April 30, 2019 is reasonable and feasible with a claims and objections period, provided that GECOM acts in good faith and in conformity with its mandate and the Constitution. This proposal will ensure that the Constitution remains intact and prevents our nation slipping into a constitutional crisis,” Jagdeo said.

But governing coalition elections commissioner, Charles Corbin said at least 126 days are required to prepare for general and regional elections even if a valid and acceptable voters’ list is in place. “If the list is ready and you agree that you will use the existing list, you still have to spend a hundred and something days so. For instance, the preparation of staff itself requires 126 days before election day,” Corbin told reporters after the three PPP elections commissioners walked out of Tuesday’s statutory meeting.

Corbin reflected that the 123 days’ preparation period for staff is the shortest presented since 2001.

On the money side of things, Corbin said Chief Elections Officer Keith Lowenfield has informed the seven-member Commission that immediately after approval is given for holding general and regional elections, GYD$98 million is required “instantly”.

Against the background of two successive walkouts by the PPP elections commissioners from meetings, resulting in a lack of a quorum, Corbin cautioned that the longer GECOM takes to make decisions, the possible election date would be pushed back. “The longer we push back our offset date, it is the longer time that we will be able to deliver so I would want to say that while one is saying one thing, one is going through a specific motion to place us in a problem,” he said.

Another one of the coalition elections commissioners, Vincent Alexander noted that Jagdeo’s demand was clearly the PPP’s insistence that the elections must be held with the existing voters’ list which the coalition and its commissioners have insisted are bloated with names of dead persons and emigrants. “The other aspect is this insistence to use the extant list. This seems to be the crux of the matter now – use the extant list and there are those of us who feel the extant list cannot provide for a free and fair election and, therefore, you need  as quickly as possible to do the house-to-house to get an election as quickly as possible,” he said.

He also echoed similar concerns by Corbin that the list of things that must be done would make it practical for elections to be held before next month-end.

For his part, elections commissioner Benn deflected questions about whether it was possible to hold general elections before April 30 to the PPP Leader. “You speak with the Opposition Leader about his position that he is taking… He doesn’t have to consult with me or us. He has to consult with himself or his people,” he added.

Benn reiterated yet again that there was a conspiracy to delay the holding of general elections in keeping with the no-confidence motion that was passed 33-32 in the 65-seat National Assembly. He assailed GECOM Chairman, James Patterson for leap-frogging efforts by advertising for house-to-house registration staff, saying that it reinforced concerns about “his partisan nature and his placement”. “The Commission has been captured and is being directed otherwise by one side of the bipartisan political spectrum that we have,” he added.

GECOM’s next statutory meeting is scheduled for next week Tuesday.