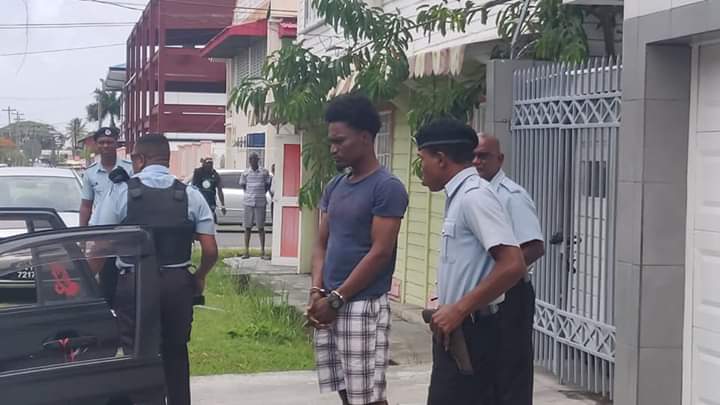 A man who was shot dead Saturday while allegedly attempting to rob a diamond dealership, has been identified as Henry Johanison, a 25-year old miner, the Guyana Police Force said.

Investigators were told that Johanison was shot dead inside Kay’s Diamond Enterprise Limited at Lot 288 Middle & Thomas Streets, Georgetown at about 12:10 pm.

Three suspected accomplices, who were in a black wagon outside the building, were arrested and the vehicle held.

According to the owner, he was in his office conducting business when he received a telephone call from Henry Johanison who told him that he wanted to buy diamonds at about 12:03 hrs.

Johanison came to the office and spoke to him in general and asked to use the washroom.

“Upon his return from the washroom, Johanison pointed a pistol in the direction of the owner who was sitting in his chair behind his desk in the office and told him not to move but he instinctively drew his licensed handgun and discharged several rounds in the direction of Johanison who was struck in the upper part of his body and he fell,” police said.

Police said a 9mm pistol, along with eight live matching rounds in the magazine and one round in the breech which was allegedly in possession of the deceased, was lodged.

Previous: Fire leaves about 40 homeless
Next: OPINION: A recommended case study for the PPP and PNC