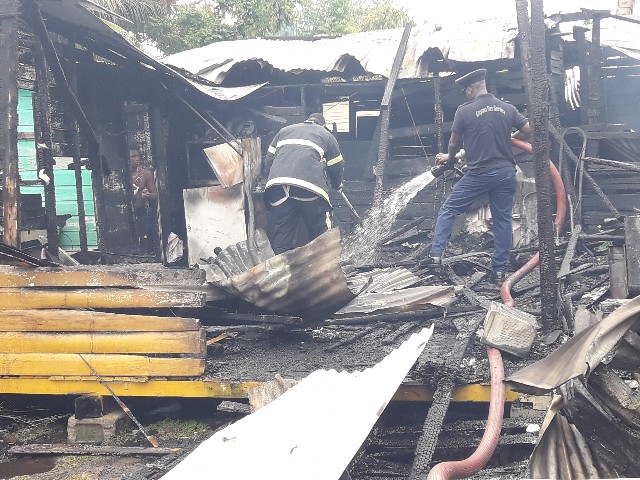 Fire  believed to be the work of a mentally ill man, ripped through several old wooden shacks and left at least 40 persons homeless.

There were no reported injuries as a result of the fire that began shortly before 9 am at the congested area on Lombard and Broad Streets, Georgetown.

The suspected arsonist was arrested and taken to a nearby police station.

Residents told Demerara Waves Online News that the man saturated one of the dwellings with a substance and set it alight.

The blaze quickly ate through more than 10 other shacks.

One of the residents estimated that at least 40 persons, including children, were now homeless.

A man, who allegedly stole items belonging to a fire victim, was arrested by police.

Over the years, residents there have been allocated house lots but many of them did not move.

A number the occupants owned expensive household appliances, many of which were saved.