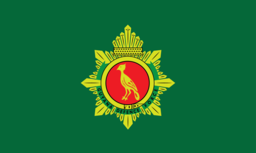 President David Granger says he is “deeply saddened” at the death of Colonel Cecil Edgar Martindale MSS, MSM, ED, who died Saturday morning at the age of 93 in Toronto, Canada.

Colonel Martindale’s military career started in 1948 when he enlisted in the British Guiana Volunteer Force (BGVF). Three years later, he was commissioned in the rank of Second Lieutenant.

Colonel Martindale however, returned to military service when he was appointed Commandant of the Guyana People’s Militia in May 1976.

Colonel Martindale contributed immensely to the development of the Reserves and was the First Commandant of the Guyana People’s Militia.

In over 40 years of military service to Guyana, Colonel Martindale enriched the life and development of the Defence Forces, and in recognition of his exemplary service, the GDF Staff School was renamed the Colonel Cecil Martindale Command and Staff School.