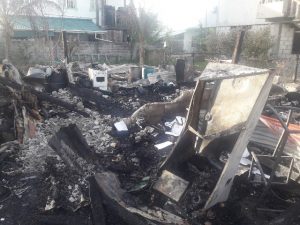 The victim has been identified as 57-year-old Yawani Sasnarine of 564 Block 8, Mon Repos.

The cause of the fire is unknown. 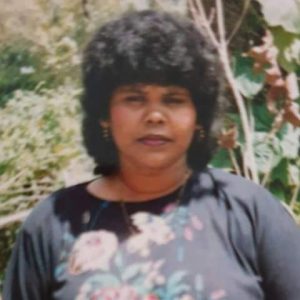 Police said the woman, her daughters 25-year-old Carolien Sasnarine and 36-year-old Karen Chung, and her husband, 37-year-old Joseph Perreira and their three children occupied the two-flat wooden and concrete building.

Pereira said he was awakened by the screams from Sasnarine and upon checking saw fire upstairs. He said he attempted to extinguish the fire and save her but failed. However, he managed to save the other members of the family.

“The charred body of Yowani Sasnarine was discovered on the southern side of the house in the living area. The deceased was suffering from a stroke and was unable to move by her self,” police said.

Family members said nothing was saved.

Those homeless include four children eight to 13 years old.