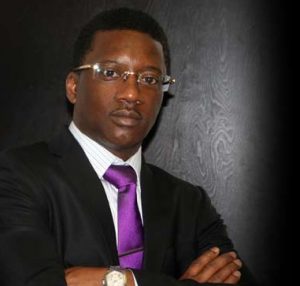 Has the government of Guyana fallen or has it not? The chant from government supporters is “let the court decide” and retort from opponents is that the legal argument relied on are simply “foolish”. The law is often referred to as an ass when legal outcomes are undesirable and unexpected. Those who resort to a verbal assault on the law often overlook the fundamental nature of the judicial system.

Laws are not isolated objects in the judicial system. They are bounded by legal principles and doctrines in the same way computer programs are governed by codes and algorithms that determine how they operate to produce outcomes. The outcome in legal proceedings is therefore, not merely a product of the contents of a given law. Rather, it is the product of the law as stated and the application of principles and doctrines which I will refer to as judicial algorithms.
In the twilight of a successful no-confidence motion the Guyana government is clinging to a lifeline floated by one of the country’s prominent lawyers. It is the argument that the constitutional provision at issue was misapplied in deciding the outcome of the no-confidence motion. In the aftermath, legal opinions based on attempts to merely read the contents of the law are circulating left, right and center. However, the outcome of any attempt to unsettle the decision may be determined by judicial algorithms not arithmetic. The three legal doctrines that are likely to determine the fate of the Guyana government are estoppel, judicial deference, and precedents. This note provides only an analysis of the doctrine of estoppel.

Stumbling on its Own Sword: Crisis Communication at its Worst

Estoppel is a doctrine that operates to prevent you from raising a challenge or defense in legal proceedings. When successfully raised, the court refuses to dive into the merits of your case by simply refusing to consider your arguments. Once a prima facie case for estoppel is made out, you have the burden to prove to the court why you should not be barred from raising the arguments you are presenting. If the prima facie case is not rebutted, the merits of the arguments put forward are not considered. This will be one of the biggest challenges the Guyana government faces in seeking judicial review of the no-confidence motion. Some legal principles that overlap with estoppel are:
Waiver and acquiescence apply in circumstances where someone submits to a condition or rule without objection. The principle contemplates that when you participate in a process with a clear understanding of the rules and conditions, you cannot return after an unfavorable outcome to challenge the outcome by rejecting the rules you accepted. Therefore, to obtain judicial review, the government will have to prove that it did not submit or consent to the rules as interpreted by the Speaker when he ruled that the motion was carried. The essence of that interpretation is that 33 constitutes a majority of 65 elected members of Parliament. The lifeline floated by attorney Nigel Hughes is that a majority of 65 is half of 65 (32.5) plus 1 = 34.
However, estoppel is a hurdle the government must get past before the merits of its challenge is considered. The government’s conduct and statements will be key evidence in determining whether it submitted or objected to the interpretation of the provision at issue. Here are some things that will come back to haunt the government:
Issue #1 is:

Whether the government could challenge a proceeding it participates in, believing and accepting the majority of 65 to be 33 if it subsequently discovers the proposition that a majority of 65 is 34 rather than 33.

If you stipulate or submit to a particular interpretation of a rule without objection you are usually prevented from challenging the outcome. Therefore, a question of fact is whether the government participated in the process believing that 33 votes constitutes a majority of 65. If after the process was concluded, the government came to a conclusion that 34 rather than 33 constitutes the required majority, it may be estopped from challenging the outcome based on its belated discovery. Again, the court will look to the government’s statements and conduct to answer this question.

Having failed to object to the Speaker’s ruling or raise the arguments now being made, the issue is not yet ripe for judicial review. Therefore, the government has to go back to Parliament and seek review of the proceeding in order to make its belated objection part of the proceeding and the issue ripe for any form of judicial review. This is problematic. The following will be a major piece of evidence:
The court is likely to view the government’s explanation for why it changed its position as evidence that the government consented to and submitted to the 33 majority interpretation of the constitutional provision. Further, when asked on a television program why the government failed to object during or at the time of the ruling on the motion, the Attorney General stated that the government had information that other MPs might have defected and voted in favor of the motion.
This statement could derail any attempt by the government to get a court to hear its case on the merits. The statement could be viewed as an admission that the government’s failure to raise the argument was as the AG suggested, a strategy to evade defection and ultimately, defeat. If the government suspected that its MPs were compromised it could have moved a motion for the no-confidence motion to be delayed pending an investigation of alleged compromised MPs. Importantly, the government’s Chief Whip’s declaration that it has a solid 33 and the opposition has an indecisive 32 could be viewed as the government vouching for the integrity of its MPs. When communication from the government from the period of time when the motion was lodged to the present is reviewed, the absence of an adequate crisis communication plan is glaring. Government officials have been just talking. The sooner they come to the realization that “just talking” is not effective communication the better they will be.

Not an Easy Road: The Clean-Hands Doctrine

The statement by the Attorney General brings us to the clean-hands doctrine. This is a doctrine that bars you from invoking your own misconduct or failure to challenge an outcome that flows from it. It applies to gross negligence and recklessness. Its applicability relates to the other prong of the case the government has put in the public domain- misconduct by one of its own Member of Parliament.
The allegations of misconduct is two-pronged. The first prong charges that the government MP who voted against the motion is a citizen of another country and as such is not eligible as an elected MP. The government has what could be easily described as an insurmountable challenge in establishing that this is not misconduct by the government. It was the government that placed his name on the list of eligible members and selected him as an elected member. Further, the government relied on his vote for almost four years. It is hard to see how the government would not be estopped from raising his presence and voting in Parliament as grounds for nullifying his vote on the one occasion the government lost a vote. Anyone who seeks to rely on misconduct by someone in his charge faces an uphill battle obtaining judicial discretion.
Consider World Cup soccer for a moment in which the reigning champion wins all of its matches using a particular player and when it gets to the finals it loses because of an “own goal” by that player. After the defeat, the team accepts the loss but then three days later it lodges a protest of the outcome, citing the eligibility of its own player as the basis to nullify the outcome, a nullification that would result in the reigning champion retaining its title.

Judicial Deference and Reluctance: What to Expect

Behind the scenes, the government’s legal team must be having migraine squaring utterances from government officials with the requirements of the law. This is why you are seeing a pivot to allegations of corruption and bribery. Through this argument, the government hopes to establish changed-circumstances ahead of its request for reconsideration.

To stand a chance at arguing changed circumstances, the government needs a smoking gun that pins any claim of corruption on its opponent. So far the government has focused on alleging misconduct by its own MP but the government cannot rely on proving misconduct by one of its own members. To stand a chance of getting the merits of its half+one argument heard it must prove misconduct by the opposition. So far the corruption case the government is testing in the court of public opinion, focuses on a fraction of the evidence needed. Legal algorithms applied, the government’s corruption math wouldn’t add up without the “+ one” of the equation when its get before the court.
Vivian M. Williams is a New York State and Federal attorney who dedicates lots of attention to privacy and media law matters. For consultation on privacy and media law related matters call 212-561-5312 or email [email protected] or follow on twitter @ https://twitter.com/VMWLAW
Mr. Williams’ opinion was first posted on https://www.facebook.com/notes/vivian-m-williams/halfone-guyanas-constitutional-crisis/2264941536852047/