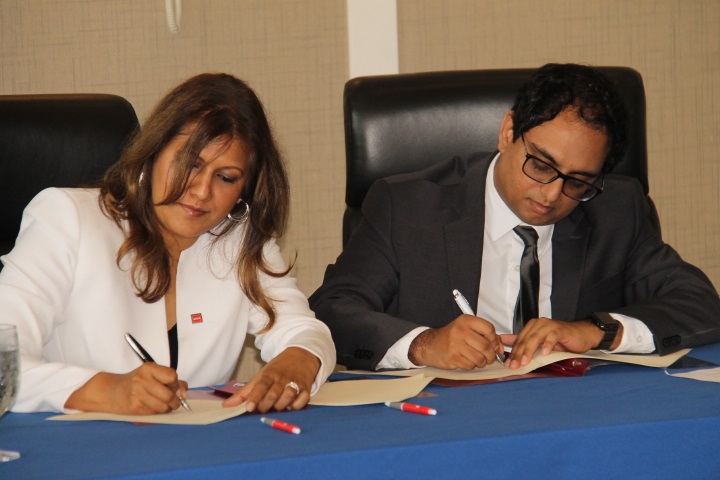 Head of ACCA Caribbean, Shelly Ann Mohammed and President of AMCHAM Guyana, Zulfikar Ally signing the memorandum of understanding between their two organisations.

The American Chamber of Commerce (AMCHAM) Guyana and the Association of Chartered Certified Accountants (ACCA-Caribbean) on Monday signed a memorandum of understanding to equip Guyanese with the right set of skills for the emerging oil and gas sector, officials said.

The ACCA-Caribbean official acknowledged that those international companies do not already have competent finance and accounting staff but she said the training would help build international capacity. “They would but part of  building local content is important not just to utilise their foreign accountants but to make sure that we build capacity in Guyana so it’s important for our local accountants and local finance professionals and also our students to build that capacity so they can be work and be mobile and have that same training as their foreign counterparts in these companies,” she said.

Ally listed, among the many benefits of the partnership, strengthening of the audit and accounts departments , leadership, ethics, governance and anti-money laundering. He later told the media that the training would be extended to all interested businesses in Guyana. 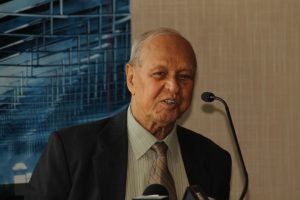 Veteran Guyanese business magnate, Yesu Persaud, who is also a chartered accountant, and Chairman of Demerara Bank, urged Guyanese business executives to make firm business decisions including being prepared to fire incompetent staff and “getting the right person for the right job”.

Persaud also advised that Guyanese must be prepared to stand up to their European and North American counterparts instead of succumbing to their directives and so appearing to be inferior.

“If that country happens to be a European country or even the US, stand up for what is your right. Don’t give in. If you give in, that’s the end of your right,” said Persaud who has founded several Guyanese companies.

AMCHAM Guyana was formally launched in August, 2018 to, among other things, influence government policies and legislation, in among other areas, those linked to the oil and gas sector.