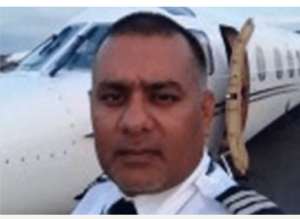 The Guyanese pilot, Khamraj Lall was convicted of smuggling hundreds of kilos of cocaine in his private plane to South America and laundering money for years.

Khamraj Lall, 51, of Ringwood, smuggled hundreds of kilograms of cocaine from Guyana to New Jersey and New York to on his privately-owned jet and then laundered the proceeds, U.S. Attorney Craig Carpenito announced.

Lall, who owed a private jet charter business called Exec Jet Club in Gainesville, Florida, used the proceeds of his cocaine empire to purchase jet planes, houses, and cars, Carpenito said. He also paid more than $2 million in cash stuffed in suitcases to a Florida contractor to build an airplane hangar in Guyana.

Lall made, or had other make, nearly 1,300 cash deposits totaling about $7.5 million into more than 20 different bank accounts, much of it in $20 bills. All the deposits were for less than $10,000 so Lall would avoid detection by authorities and circumvent bank reporting laws, Carpenito said.

In November 2014, Lall was flying one of his jets from the United States to Guyana and stopped in Puerto Rico to refuel. An outbound search of the plane discovered $470,000 in cash stuffed into a suitcase hidden in the plane’s tail and another $150,000 in cash hidden under a seat, authorities said.