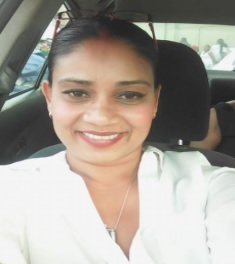 An East Coast Demerara woman, who also owns a bar, is wanted by Guyanese authorities in connection with the discovery of 81 kilogrammes of cocaine in a bauxite-laden ship in Canada last month, the Customs Anti-Narcotics Unit (CANU) said Thursday night.

CANU said she is wanted  in connection with the interception of 81 kilogrammes of cocaine on a vessel in Canada on September 15th 2018.

Anyone knowing her whereabouts is kindly asked to make contact with CANU Headquarters on telephone number 227-3507 or  226-0431. 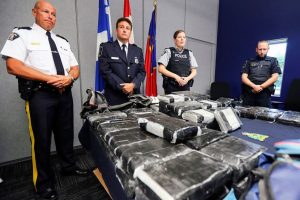 Canadian authorities have said the cocaine was seized at the Canadian port of Valleyfield in the hold of a vessel named MV Jacqueline C that left the bauxite town of Linden.

Of the four persons arrested, 36-year old Roldan De Gorio Tit and 48-year-old 36-year old Nazir Ahmad Hussain – have since been charged by Canadian authorities with conspiracy to import drugs for the purpose of trafficking.

Investigators believed the drugs were destined for the Toronto and Vancouver markets.

“After an initial search of the vessel, signs led us to concentrate on the front of the boat. And after a vigorous search, the cocaine was found concealed in bags in the hold of the vessel,” the Montreal Gazette quoted Canada Border Services Agency (CBSA) Deputy Director Alain Surprenant as saying