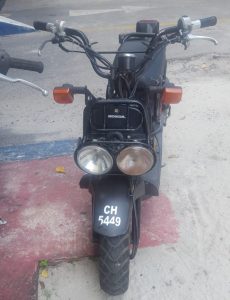 The operation code-named “Operation Restore Order” was conducted between 4:45 and 8:00 AM  and netted 29 suspects, including one woman, for various offences.  They include possession of a firearm component, cocaine and marijuana possession and robbery under arms.

Under the command of a Senior Superintendent, the operation that was conducted by 220 ranks also seized  two motorcycles, a number of cellular phones and other items suspected to have been stolen or unlawfully obtained. The motorbikes bear licence numbers CG 1157 and CH 5549.