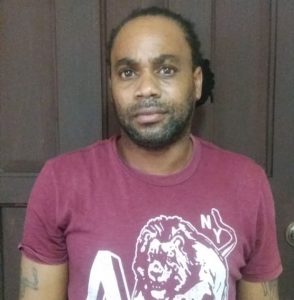 The Guyana Police Force is now treating the death of a suspected rapist as a homicide, following results of an autopsy, Deputy Police Commissioner Lyndon Alves said.

He told Demerara Waves Online News that detectives were deployed, and later Wednesday sleuths would determine if there were any suspects in the death of Sherwin Apple, considered the “mastermind.”

Apple’s body was found Tuesday morning face down on the slushy Kitty Foreshore with blood oozing from his nose.

Contrary to other news entities, the autopsy did not show any traces of poison to indicate that Apple committed suicide after a video of him engaged in sexual activity with a teenager began circulating on Social Media.

The Guyana Police Force states that the autopsy by Dr. Nehual Singh found that Apple died by drowning due to compression injuries to neck.

The body was handed over to the family for burial on a later date.

Meanwhile, the Crime Chief remained cautiously optimistic about a breakthrough in the rape probe although the girl has denied she was the victim.

Deputy Commissioner Alves said Apple’s accomplice remained in custody and has denied any involvement in the incident.

“We have our work cut out for us”, Alves said. He added that police would be examining the video and interviewing the teenage girl again.