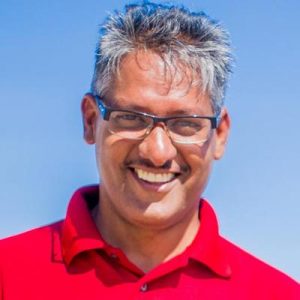 Trinidad and Tobago on Wednesday vowed to continue restricting the trade in honey being produced by sister Caribbean Community (Caricom) countries to prevent the spread of diseases, but did not rule out relaxing rules for the organic sweet substance to transit that twin-island nation without penalty.

“Once we are satisfied that there are no phyto-sanitary risks that we should ignore or should not ignore, we will look at it with an eye to furthering the business of Guyana without risking the biodiversity of Trinidad and Tobago, but that being said we would be guided by the technical outcome,” Prime Minister Keith Rowley said.

This issue dates back to February 2015 when Trinidad and Tobago fined La Parkan US$3,000 for facilitating the movement of honey within one mile of Trinidad and Tobago’s shores in violation of  the 1935 Beekeeping and Bee Products Act. Since then, the issue has remained unresolved before Caricom’s ministerial Council for Trade and Economic Development.

Trinidad and Tobago’s Minister of Agriculture, Clarence Rambharat later told Demerara Waves Online that honey is a “particularly sensitive area” that has seen his country being slow in allowing honey from other countries. “So far, Trinidad has been able to maintain its honey disease free,” he said, adding that surveys have been conducted by the Institute of International Cooperation in Agriculture (IICA).

While a risk survey analysis is being conducted in Grenada which had taken the complaint to COTED, Rambharat indicated that Trinidad and Tobago would examine the legislation “to see if we could create that environment in which we could allow in-transit once it doesn’t stay in the country and is something we have to look at it and also to see the risk of it being transshipped as opposed to it staying in Trinidad.”

“I am not afraid to say we are very defensive on honey because we have a very strong sector and a good record on honey,” he said.

Since 2016, Trinidad and Tobago had promised to update its legislation governing beekeeping and bee products.

Rambharat was a member of the delegation Guyana on a one-day visit , Wednesday, by his country’s Prime Minister, Keith Rowley.