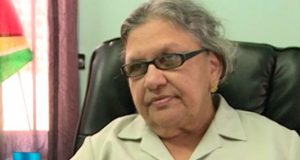 This move by Shadick, who is an Attorney-at-Law and an elector in constituency one in Georgetown, comes against the backdrop of accusations by her People’s Progressive Party (PPP) that government was gerrymandering the constituencies to emerge from the November 12, 2018 Local Government Elections in control of most of the municipal and neighbourhood councils.

“In creating new Neighbourhood Democratic Councils and modifying and/or re-demarcating the existing internal boundaries of existing constituencies the Respondents not only acted unlawfully but they did so unfairly, capriciously, whimsically and in a manner to prejudice and skew the elections in favour of one major political party and against the other,” she said in court papers seen by Demerara Waves Online News and filed on her behalf by Attorneys-at-Law, Anil Nandlall, Marcia Nadir-Sharma, Manoj Narayan, Sasha S. Mahadeo-Narayan, Rajendra R. Jaigobin and Anuradha Deodasingh.

She noted that Minister Bulkan “has unilaterally, and without consultations with any of the electors and stakeholders inclusive of the major political parties likely to vote and contest the local government elections in those areas and without stating any reasons, made changes to the number of seats in 14 local authority areas.

Shadick, who represents the opposition People’s Progressive Party (PPP) on the seven-member Guyana Elections Commission (GECOM), said Bulkan’s failure to abide by the Local Democratic Organs Act, Cap. 28:09 to identify by name, boundaries and number of members of each of those councils is “unlawful, illegal, in violation of the Local Democratic Organ Act, Cap. 28:09, in excess of jurisdiction, failed to satisfy or observe procedures required by law, contrary to law, null, void and of no effect”. 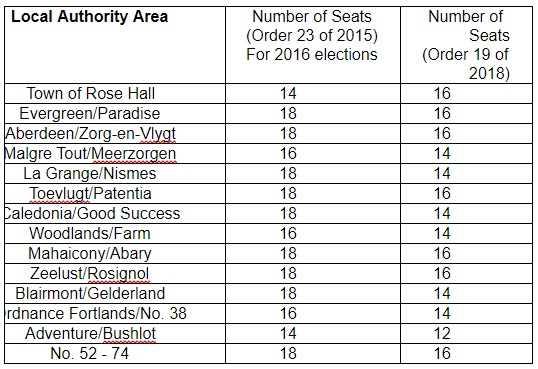 Similarly, Shadick wants the High Court to find that Chief Elections Officer, Keith Lowenfield broke the law by failing to fix the exterior boundaries of those same areas on the grounds of excess of jurisdiction, failure to satisfy or observe procedures required by law, abuse of power, illegal and constitutes a usurpation of the statutory functions of the Minister of Communities.

The GECOM Commissioner also wants the High Court to quash a decision by  the Chief Elections Officer to demarcate and re-demarcate constituency boundaries within those Local Authority Areas without first holding consultations with the electors and stakeholders inclusive of the major political parties likely to vote and contest the election of councilors in the said Local Authority Areas. Shadick’s grounds are that Lowenfield’s decision is unreasonable, irregular or improper exercise of discretion, in bad faith, improper or irregular consideration,  with the policy of the Local Democratic Organs Act, and in violation of Article 13 of the Constitution, unlawful, unconstitutional, void and of no effect.

In return, Shadick is also asking the High Court to issue an order under the Local Democratic Organs Act, naming, establishing the boundaries and number of members in respect of those Neighbourhood Democratic Councils, “with every convenient speed to enable the election of councilors” to those Councils to take place on the 12th November, 2018, or any other date set for holding those polls. Similarly, she wants consultations for those already named Local Authority Areas as well as Municipality of Mahdia; Aranaputa/Upper Burro-Burro, and
Moruka/Phoenix Park for the establishment of constituency boundaries.