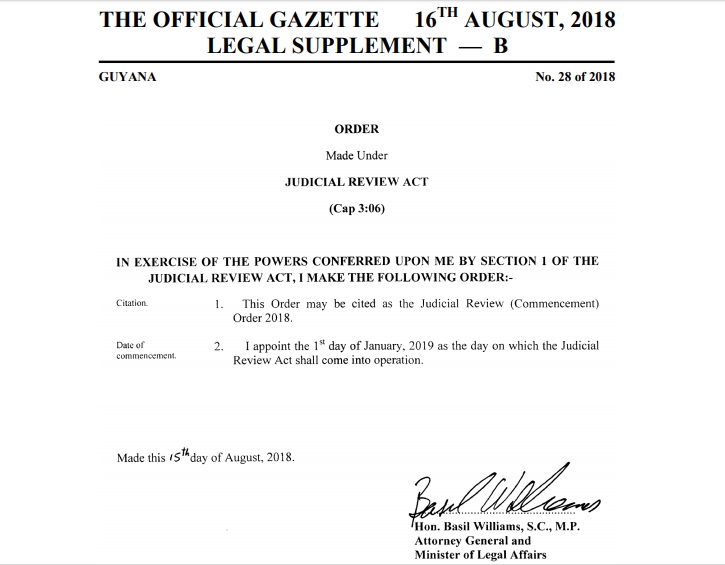 Attorney General and Minister of Legal Affairs, Basil Williams has ordered the activation of the Judicial Review Act. (JRA) from January 1, 2019, even as his immediate predecessor, Anil Nandlall, was preparing to seek a High Court order to jail him for contempt of court.

The commencement order was issued on August 15, 2018 and gazetted on August 16, the same day that Nandlall moved to the High Court to cite Williams for contempt of court because he failed to obey an order by Chief Justice, Roxane George-Wiltshire to issue the commencement order by July 31, 2018. Nandlall had asked the High Court to commit Williams to the Georgetown Prisons, Camp Street, Georgetown for such period and on such terms and conditions as are just for failing to bring the Act into force in keeping with Justice George’s order issued on May 28, 2018.

Minister of State Joseph Harmon, when asked on August 16, did not appear to know that the Attorney General had issued the commencement order the day before and instead had said that Cabinet was expected to discuss the matter and possibly refer it to a higher court.