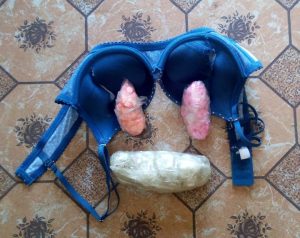 The items Guyanese police said were found in possession of the Surinamese woman.

The Guyana Police Force said she and her belongings were searched and 247 grammes of suspected cocaine and 100 grammes of ecstasy (192 pills) were found.

The 27 year-old, who is said to be a hairdresser of Charlesburg , Paramaribo,Suriname, arrived about 8:30 AM via the backtrack when a routine search was conducted by officers manning the port and the prohibited substance found.

She is expected to appear in court to answer a charge of possession of narcotics for the purpose of trafficking.

If convicted in a lower court , the woman could be jailed for as much as four years.