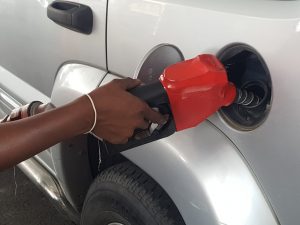 The Guyana Oil Company Ltd (GuyOil) on Tuesday announced a reduction in prices for gasolene and gasoil (LSD) from  Wednesday July 10, 2018.

“The price reductions were possible due to declining acquisition costs and the savings are now
being passed on to customers,” GuyOil said.

GuyOil assured that it was committed to maintaining competitive prices and any savings as a result of declining acquisition cost will at all times be passed on to the customers.

The slight reduction in fuel prices came days after the Private Sector Commission had called on government to remove the taxes to ensure fuel prices do not skyrocket and affect the cost of living.

Minibus operators on some routes had also begun increasing fares.