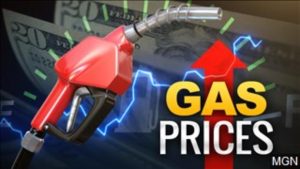 Finance Minister, Winston Jordan says he is wary of losing revenue, including much needed foreign exchange, if government gives into calls for fuel prices to lowered.

Among his concerns are the impact that lowering the excise tax would have on the National Treasury and foreign exchange that is required to buy more fuel.

He says Cabinet has discussed the increased fuel prices and is considering options carefully to avoid future negative effects on the country’s balance of payments. ““They say they had a formula in place where they used to reduce the excise tax so that people used to buy gas at the same price they used to buy before. I’m aware that indeed they had such a formula, but this is not only about whether government will still get the same amount of revenues that they had budgeted. It also has that external side… the side that has to do with finding the foreign currency to buy the same quantity of gas that you were consuming when the prices were low,” Minister Jordan said.

Referring to calls by minibus operators for fares to be increased as a result of the recent hike in gasoline and diesel prices at the pumps, he said Cabinet last Tuesday discussed the matter with a view to finding creative solutions to rising fuel prices. At the same time, the Finance Minister noted that there has been a decline in global oil prices, down from more than US$70 per barrel to US$60 odd dollars.

In addition, he noted the opposition calls for a previously used tax formula to be employed to ease the burden of increased fuel prices on citizens. However, he said while the previous administration was able to forego taxes to maintain fuel prices in the past, the conditions were different.

Jordan is already on record as saying that earlier arrangements were made possible because of favourable conditions of purchase obtained from Venezuela through the now-defunct PetroCaribe agreement.

“How did the last government do it? Well in large measure because they had access to the PetroCaribe arrangement. That arrangement with Venezuela allowed the government to import expensive fuel from Venezuela, but only pay Venezuela a small part of what is owed to them and the rest rolled over into a long-term concessional financing. So, at any one time, the last government didn’t have to face the proposition that we have right now which is we have to find 100 percent of the cost of the fuel and pay for it immediately. When you have an arrangement such as the PetroCaribe it doesn’t affect your balance of payment significantly,” Jordan explained.

In September 2017, world market prices for fuel increased due in part to the hurricane conditions in the southern hemisphere, which resulted in GuyOil adjusting the prices in gasoline, diesel and kerosene to a higher cost.