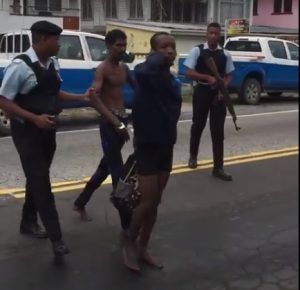 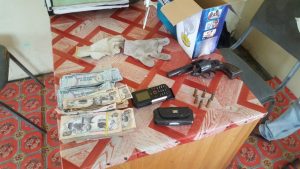 The items police said were recovered from the men who were arrested.

Lawmen also recovered one .38 revolver and six live matching rounds as well as a quantity of phone cards that were in their possession.

Police credited the breakthrough to a security guard who escaped from the bandits and asked neighbours for help.

“As the bandits were all inside of the Supermarket, the 53-year-old Security Guard who was relieved of his cellular phone and a bag, managed to free himself and immediately alerted neighbours who summoned the police,” the force said in a statement.

In quick time, the lawmen responded and captured the perpetrators inside the business premises. 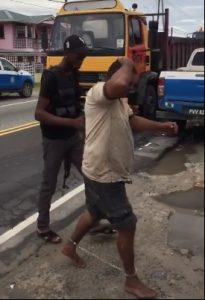 The suspects, two of whom hail from Herstelling Sea Dam whilst the other from Covent Garden, East Bank Demerara, respectively are being processed for court.  The Guyana Police Force lauded the civilians’ efforts in supporting law enforcement.