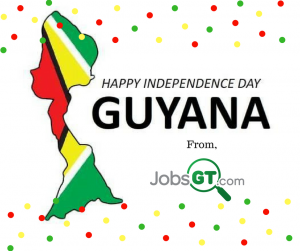 The Ministry of Foreign Affairs on Monday suggested that the appearance of maps minus the Essequibo Region on Guyana’s 52nd Independence anniversary might have been a deliberate assault by cyber-attackers.

“The Ministry of Foreign Affairs has not ruled out the strong possibility that this could be a cyber-attack and is looking into the matter,” the ministry said.

The Guyana Chronicle has already stated that no such botched image of Guyana’s map is in its system. “Based on our internal checks such a map is not in our photograph database and it would seem that some mischievous person might have uploaded this distorted image of the Guyana map.”

Copies of the maps first appeared on advertisements by American Home and Beauty Centre and later on the Facebook Page of Jobs GT and the website of the government-controlled Guyana Chronicle newspaper.

Expressing its “deep concern” over the “disturbing image” on certain websites that depict Guyana without its known internationally recognised borders, the Foreign Ministry signaled that the appearance of the map during the Independence period was not coincidental.

“This act which occurred on our 52nd Anniversary of Independence should serve as a sobering reminder that the threats to our territory remain real and dangerous. The Ministry has noted with appreciation and pride the immediate and defensive responses by our citizens over this despicable image,” added the Foreign Ministry.

Back in 2015, Venezuela’s President Nicolas Maduro had issued a decree that had unilaterally extended his country’s maritime boundary to include all the waters off Guyana’s coast including where ExxonMobil had discovered a huge oil deposit. That move had coincided with Guyana’s independence anniversary, the swearing in of Guyana’s President David Granger and ExxonMobil’s announcement of the oil deposit located off the coast of Mahaicony, East Coast Demerara.

An internationally recognised map of Guyana that includes Essequibo.

Referring to this latest incident, the Foreign Ministry said “the shape of Guyana’s 83,000 square miles is unmistakable. From the dawn of our independence to this day, we have spared no effort to preserve our
sovereignty and territorial integrity.”

Venezuela eventually backed off from its unilateral extension of the maritime boundary after the 15-nation Caribbean Community (CARICOM) had raised serious concerns on behalf of Guyana, and the fact that that decree had severely impacted on the maritime boundaries with almost all Caribbean islands, Suriname and French Guiana.

Venezuela’s claim to the Essequibo Region has since been referred to the International Court of Justice to rule on the validity of the 1899 Arbitral Tribunal Award that had finally and fully settled the land boundary between the two neighbouring South American nations.