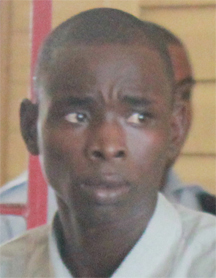 The Trinidad-headquartered regional appeal court allowed the appeal and in so doing blocked a request by the State for a retrial.

The allegation of bias by the jury foreman was dismissed.

Hyles and now dead Williams were freed of the murders committed in the 2008 Lusignan massacre at that East Coast Demerara village.

Williams, who had escaped from prison, was subsequently recaptured.

In 2013, Williams and Hyles had been founded not guilty by a 12-member jury on each of the 11 murder charges.

The Guyana Court of Appeal had upheld an appeal by the State for a retrial.

On 6 January 2008, gunmen went from house to house in the peaceful village of Lusignan in  Guyana with high powered rifles and killed eleven persons, five of whom were children, as  they slept in their homes. Mr. Hyles and Mr. Williams were indicted on eleven counts of
murder.

At trial, the judge allowed a request by Hyles’s attorney to question jurors, before they  were sworn in, due to the widespread pre-trial publicity of the case. The trial judge as well as
state and defence counsel actively participated in this exercise.

The main prosecution witnesses were two members of the gang allegedly responsible for the massacre, one of whom was  charged in connection with the massacre. However, the charges against him were withdrawn a
mere two weeks before the trial began. Hyles and William both denied involvement in the killings. The jury rendered its verdict on 2 August 2013 and both men were found not guilty of all counts.

The Director of Public Prosecutions appealed the acquittals, under the newly amended Court  of Appeal Act, on the basis that there were material irregularities in the trial. The Court of Appeal agreed, allowed the appeal, overturned the verdicts of not guilty and sent the matter  back to the High Court for a retrial.

On appeal to the CCJ, the appellants urged the Court to allow the appeal on the basis that the  DPP’s new power to appeal an acquittal breached their constitutional right to the protection of law. In their view, the new law offended the principle against double jeopardy, which prevents an accused person from being tried again on the same, or similar, charges and on the same  facts.

However, the Court said it on Friday rejected this argument and reminded the appellants that the wording of the Constitution contemplated the possibility of such an appeal and that in principle, the rule against double jeopardy only protected acquittals which were affirmed by the appellate courts.

The court held that the appellants’ acquittals did not fall into that category. Before considering the specific procedural issues, the Court acknowledged that the  requirement, that the acquittal had to be the result of a procedural error(s) or flaw(s) of the trial judge, was a steep hill for an appellate court to climb. As such, the court constructed a test specifically for application in prosecution appeals against acquittals. The Court held that the prosecution must satisfy the Court that “given, on the one hand, the nature and weight on the  evidence and, on the other hand, the seriousness of the judicial error(s) or procedural flaw(s) it can with a substantial degree of certainty be inferred that had the error(s) or flaw(s) not  occurred, the trial would not have resulted in the acquittal of the accused”.

While the Court did not agree fully with the findings of the court below, it found that there were some material irregularities, including the way in which the questioning of the jurors was conducted and the failure of the trial judge to investigate an allegation of improper communication between a juror and man alleged to be Hyles’ father.

However, on application of the test, the Court held that it could not with the required degree of certainty infer that the  acquittals were the result of the errors and that it was possible that the jury simply did not believe, beyond reasonable doubt, the evidence presented by the state.