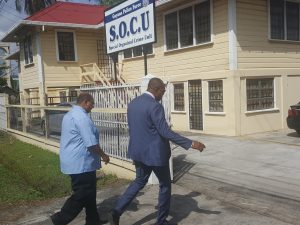 He was accompanied by Attorney-at-Law, Mark Waldron.

Moments later, former Finance Minister  Singh also went into SOCU accompanied by his lawyers, Anil Nandlall and Sase Gunraj. Nandlall could not say what SOCU wants to question his client about, but he was told to report to the law enforcement unit. 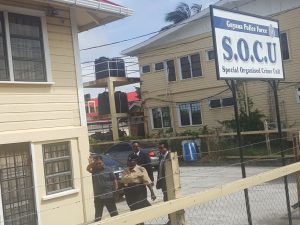 NICIL has been cited in a number of forensic audits into the sale of several properties including lands at Pradoville 2.

Part of the land was once occupied by the radio transmission station of the State-owned National Communications Network.