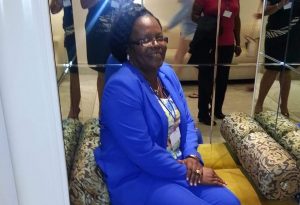 Long-serving trade unionist in Guyana and the Caribbean, Ann Anderson died on Tuesday at a city hospital after a brief illness.

Anderson was the first female General Secretary of the Clerical and Commercial Workers Union (CCWU), a position she held until her passing. She was also the Caribbean Regional Coordinator of the International Transport Workers Federation (ITF).

Anderson passed away just days before she was due to attend the first ITF meeting in Argentina on March 16, 2018.

CCWU President, Sherwood Clarke said he and other union members are shocked at the “great loss” their organisation has suffered with Anderson’s passing. “It’s a shocking time for us, as a union, because she is one of the live-wires in the union when it comes to negotiating our members’ interest,” Clarke told Demerara Waves Online News.

Anderson was a former branch representative at Guyana Stores Limited. She joined the employ of the union in 2005.