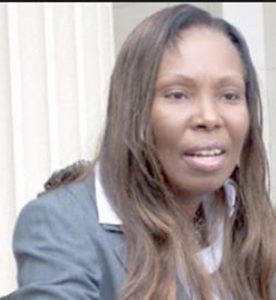 A quarrel has erupted  between two of Guyana’s leading private sector organisations over the appointment of a private sector representative on the University of Guyana’s Council, that tertiary institution’s highest decision-making body.

At the centre of the controversy is Allison Butters-Grant, the head of Global Seafoods. The Private Sector Commission (PSC) has objected to her appointment while the Georgetown Chamber of Commerce and Industry (GCCI) has said there was no reason to oppose the businesswoman’s presence on the Council.

Expressing disappointment with Butters-Grant’s appointment, the PSC said the Ministry of Education has broken with the 25-year old convention that the Executive Director of the Consultative Association of Guyanese Industry (CAGI) usually sits on the Council because “we consider to be the Private Sector authority on education and human development matters to sit on the new council

“It is important that the voice of the PSC which is the umbrella  private sector organisation for business to be represented on the council. We urge that those responsible correct this anomaly forthwith,” the PSC said.

The Chamber, however, noted that the Minister of Education, Nicolette Henry is legally empowered by the University of Guyana Act 1963 which requires nomination of four persons who in her opinion are most representative of the interests of Women, Farmers, Amerinidans and Business.

” Based on the current law, the Minister is within her authority to select a person that she sees fit to serve in the capacity of Councillor of University of Guyana representing the business community. Hence, the statement emanating from the Private Sector Commission (PSC) was unwarranted,” the GCCI said.

The Chamber pointed out that Ms. Butters-Grant is the immediate past secretary of the Chamber and has laboured for the Chamber in that capacity as well as a past Councillor. “She has served the Chamber in a positive way and has distinguished herself as a member of the Chamber. As such, we have full confidence in her ability to discharge the duties of a Councilor of the University of Guyana.”