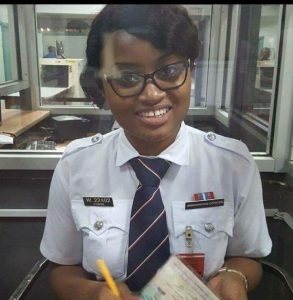 An Immigration Officer and her male companion died Saturday night after the CBR motorcycle they were travelling on slammed into a concrete media at Houston, East Bank Demerara.

Investigators were told that at about 9:45 PM, they were proceeding south along the western carriageway on motorcycle # CG 2195 allegedly at a fast rate and while negotiating a slight turn, King reportedly lost control and slammed into the median.

“As a result of the impact,they fell onto the eastern carriageway and sustained injuries. Police ranks who responded promptly, rushed them to the GPHC;the driver who was in an unconscious state,was pronounced dead on arrival and the policewoman succumbed to her injuries shortly after whilst receiving medical attention,” the Guyana Police Force said in a statement.

The bodies are at the hospital’s mortuary awaiting autopsies on Monday.