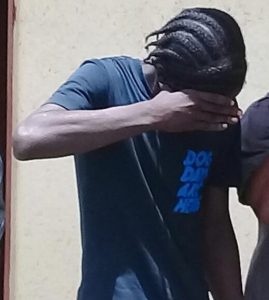 A third man was Thursday charged in connection with the alleged stealing of several sheep and ducks from a ranch at the Canje River.

Twenty-one year old Rhondell Crawford of Betsy Ground Village, East Canje, Berbice, was arrested by police in Berbice. Police alleged that he, along with other men, allegedly stole the animals at Potocco Canje River.

The man was not required to plead to the indictable charge. He was not represented by any Attorney.

He will return to the New Amsterdam Magistrates’ Court on March 26, 2018.

Two others- Indarjit Sham of Betsy Ground Village, East Canje and Amar “Punk” Bissoon, of Adelphi Settlement, East Canje- were shot dead on March 2, 2018  in an exchange of gunfire with members of the Guyana Police Force who responded to a report of armed robbery.

Police also seized one shotgun and one handgun as well as matching ammunition.