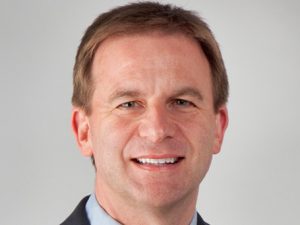 The corporation’s Vice President Neil Chapman said  his company has found 3.2 barrels of oil equivalents and is gearing up to drill 20 more wells in the Stabroek Block. “We also have considerable additional potential in this region. We have identified twenty additional prospects,” he told a four-hour long analyst meeting

Chapman added that ExxonMobil plans to drill four exploration wells- including additional drilling on Ranger and Turbot- in 2018. He declined to say exactly how much it would cost to drill any of the additional wells “out of respect to the country and to the partners but I reinforce this very attractive at forty dollars a barrel”.

At a forecast price of US$40 per barrel by 2050, the company official stressed that the discoveries of the high quality crude strengthened the company’s financial position. “By any stretch of the imagination, Guyana is a major discovery and those discoveries are continuing. That’s really good news for everybody involved; primarily it’s really good news for the country of Guyana- the main beneficiary of this is going to be the country of Guyana but also it’s good news for the partners as well and we are a leading player and leading operator,” he said.

The company said its most recent discovery of oil in commercial quantities at Pacora has pushed the projected oil production from offshore Guyana at 500,000 barrels. Latest estimates are that there are 3.2 barrels of oil equivalent.

Company officials said Wednesday that they planned to deploy three Floating Production Storage and Offloading (FPSO) vessels to store the oil when production begins in 2020. One of the FPSOs will cater for 120,000 barrels per day from the Liza-1 well; another 220,000 barrels per day also from Liza; and with development of the Payara and Pacora wells that would push production to more than 500,000 barrels per day. “It’s one thing to discover and it’s another thing to get the oil out of the ground  and into the market quickly. We will have the first oil out of Guyana less than five years after the first discovery and that’s some four years ahead of the industry average for a play like this,” Chapman said. Ranger and Pacora discoveries are yet to be quantified.

Meanwhile, the ExxonMobil official justified the need for that company to operate many wells in one area instead of at different locations. “This importance of contiguous acreage. That is key for capital efficiency, that is key to get this product to the market quickly. It allows you to drill longer laterals, it allows you to have smaller service footprint and of course it allows you to be more efficient. Imagine the challenge if you got this checkerboard of acreage…you got to work around and through these people and you got to get agreements for pipelines. Don’t estimate it, it is tough, it is hard work to do that. If you have contiguous acreage to do that, it’s much easier,” said the ExxonMobil Vice President.

The Guyana government has been accused of facilitating an illegality by awarding 600 instead of 60 oil blocks in the Stabroek Block to ExxonMobil.

Under the revised 2016 Production Sharing Agreement, Guyana is entitled to half of the profit oil- 12.5 percent- of the overall revenue, while 75 percent goes towards ExxonMobil recouping its cost of investment in exploration and production.