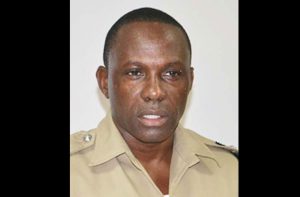 A crackdown has begun on smuggled and stolen motorcycles owned and in the process shady characters are being targeted, Assistant Commissioner of Police, Paul Williams said.

Williams said since police, in collaboration with the Guyana Revenue Authority (GRA), began the operation two weeks ago, at least 160 motorcycles have been pulled off the road for further investigations.

He said investigators have been checking the vehicles to determine whether they have  been smuggled into the country, if the engine and chassis numbers correspond, legal status of their documentation and if the owners or riders are suspected of being involved in criminal activity.

Williams said police have been cross-checking information with video surveillance footage. So far, he said seven persons have been charged with a number of traffic violations and larceny.

With regards to carjacking, the Assistant Police Commissioner said there has been a lull in that crime, with only two such occurrences having been recorded for January, 2018 compared to a large number in October, 2017. The high-ranking police officer attributed the decline in carjackings to increased vigilance by drivers/ owners and the arrest of several persons in recent weeks.

“So far we are making some progress. The situation has changed compared to October and November and people are becoming very vigilant,” he said.

Among those arrested is a mechanic at East Bank Demerara where a number of vehicles suspected to have been stolen  were seized.

Two private-hire operators were last night robbed of their motorcars during separate occurrences on the West Demerara, by four males who operated in pairs. One of the vehicles has since been recovered by the police.

Investigations revealed that about 21:20hrs Harry Narine, 28 of Zeelugt New Scheme, East Bank Essequibo was approached at a taxi-base located at Zeelugt Public Road, by two males who requested to be taken to the Zeelugt New Scheme. The victim agreed and proceeded with the men to the location in his Toyota Premio PSS 9926 where upon arrival, one of the suspects drew a handgun, ordered him out of the vehicle of which they took possession and fled.

At 22:30hrs Jailall Mohadeo, 30, of Cornelia Ida New Scheme was also at a taxi base located at DeWillem Public Road with his Toyota Premio PNN 1952 when he was approached by two males who requested to be taken to Cornelia Ida’s New Scheme. On arrival at the destination he too was robbed of his vehicle in similar fashion as that of the previous victim

“The suspects, in making their escape with motor car PNN 1952, encountered a police road block in front of the Den Amstel Police Station and immediately changed direction. This caught the attention of the vigilant ranks who in turn pursued; shortly after the suspects abandoned the vehicle and fled into some nearby bushes and escaped. The lawmen, then took possession of the vehicle and it is currently lodged at the Leonora Police Station,” police said.