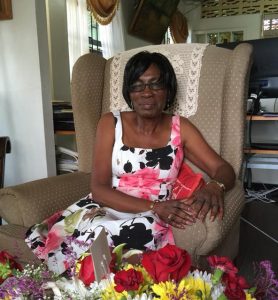 Jones had been nominated by the then opposition People’s National Congress Reform and took the oath of office on May 7, 2012.

She was a human resources specialist had succeeded Robert Williams upon his passing.

“Nooooooooooooooooooo Courdel…… Nooooo….. She’s dead?????!!! How????? This was such a beautiful soul….One of the nicest people I had the honour of knowing,” said Captain Learie Barclay. Ashmeed  Saleem described the late GECOM Commissioner as someone who was  “Truly Professional and Committed.My deepest condolences my friend.May her soul find eternal peace.”

Jones’ passing could well result in in-depth talks within the governing coalition about who should replace Jones.

The other commissioners are drawn from the PNCR, and not the Alliance For Change. They are Charles Corbin and Vincent Alexander.

Since the appointment of GECOM Chairman, Retired Justice James Patterson, that elections management body has not met.